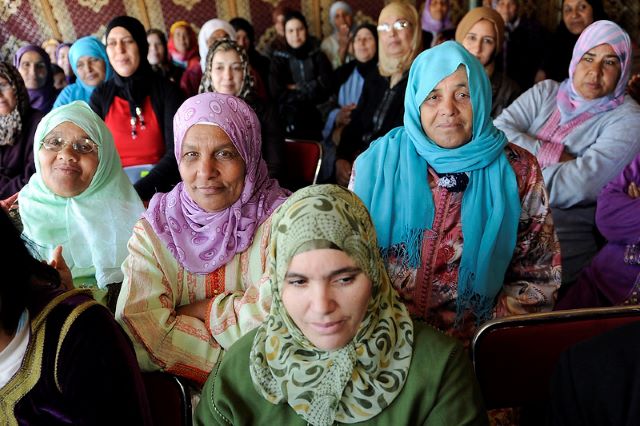 Women’s agency and equal rights can help to significantly reduce poverty. When evaluating the development of a country, the role of women should not be overlooked. When women are empowered through literacy and education, they become more productive members of society that contribute to global poverty reduction. AlNour is a Moroccan business that allows women in Morocco to be part of the labor force, especially disabled women.

Oftentimes women do not have the same opportunities as their male counterparts to receive education, engage in the labor force or own property. This is partly because of cultural norms that limit women to domestic responsibilities. By reducing unpaid domestic work, women become empowered and capable of obtaining income security and sustainable livelihoods, which significantly diminishes poverty levels.

The economy would benefit from an increase in women’s participation. The IMF examined the relationship between gender inequality and growth and found that policies that better integrate women into the economy would greatly improve growth. As of 2019, if as many women worked as men worked, “income per capita could be almost 50% higher than it is now.”

The participation of women in the labor force in Morocco increases economic development and therefore reduces global poverty. But, how can women become more active citizens in society? The answer can be found by examining an organization called AlNour, which serves as an important example of how to best empower women.

AlNour is a textile and embroidery business that provides an outlet for women to participate in the labor force in Morocco, thereby contributing to the economic development of the country as a whole. AlNour, which means “the light” in Arabic, began in 2013 after Patricia Kahane, originally from Austria, began the enterprise as a means of offering disabled Moroccan women sources of income through textile production and embroidery. The business employs disabled female workers who face a double disadvantage in Morocco due to their disabilities and gender.

The organization not only provides women with work but also offers training programs for languages, professional and artisan skills. The company has a van that allows women to easily and safely travel to and from work and also has a child care center for working mothers. Furthermore, the company offers free breakfast and lunch daily. The business has partnered with local shops to distribute its products and it also has a website, which features a range of items from home accessories to clothing.

AlNour serves as a rich example of how an organization can alter the lives of many and even impact an entire country. By developing sustainable solutions that not only invest in education but also emotional and financial support, women can break free from traditional roles and gender stereotypes, while simultaneously promoting financial inclusivity and bettering the nation entirely.

There is light and hope for women in Morocco, as significant progress has been made. For example, the revision of the family code to expand the rights of women in marriage, guardianship, child custody and access to divorce is a monumental stride. The creation of a 14-week paid maternity leave clause was also introduced. Additionally, “the first and most advanced gender budgeting initiative in the Middle East and Central Asia region was launched in Morocco in 2002.”

While policies and laws that support gender equality such as the gender budget initiative are undoubtedly important, creating sustainable organizations like AlNour is an equally essential step in order to create a system that allows women to personally and professionally prosper from the ground level upward, consequently helping the economic development of Morocco as a whole.