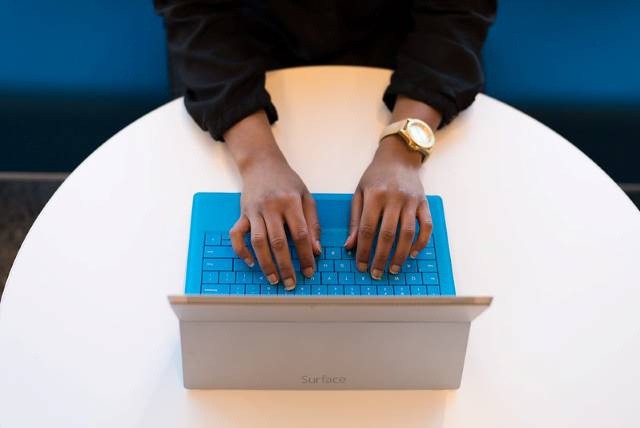 As social distancing measures and lockdowns isolated people, the internet helped keep communities connected and functioning. Households ordered groceries online, adults telecommuted to work and students attended school via distance learning. The internet asserted itself as a necessary utility. However, affordable internet access is far from universal. The United Nations has partnered with the Alliance for Affordable Internet (A4AI) to address this by increasing affordable internet access in developing countries as a means of reducing global poverty.

The UN Partners With A4AI

On January 26, 2021, the U.N. Technology Bank for Least Developed Countries (LDCs) announced its partnership with the Alliance for Affordable Internet. The Technology Bank works on a regional and national level to help countries identify and utilize relevant technology and foster partnerships to advance economic development. A4AI advocates and researches policy and regulatory reform with the aim of increasing affordable internet access worldwide. Together, the organizations are using their connections to build an even stronger and more influential network.

The partnership is timely as the COVID-19 pandemic, despite its negative impact, has opened policymakers’ minds to new strategies for reaching the 2030 U.N. Sustainable Development Goals. The U.N. Department of Economic and Social Affairs wrote in its 2021 World Social Report that efforts to improve internet access are high-priority because the connectivity will help achieve multiple Sustainable Development Goals at once.

The report notes that increased internet accessibility has started to shift economic dynamics between rural and urban areas. The internet has enabled rural inhabitants to pursue traditionally urban work opportunities through remote work. Using the internet, “E-commerce makes it possible for goods and services to be sourced and provided directly in rural communities.” Farmers and other business owners can receive mobile payments and access mobile financial services. This urbanization defies traditional migration patterns, thus allowing rural communities to improve their quality of life more sustainably.

The report describes affordable internet access as necessary infrastructure, similar to roads and bridges. Without reliable internet, rural populations will be unable to partake in technological and economic innovation. This is why policymakers must tackle regulation and implementation of broadband infrastructure, including cables and satellites.

The pandemic reinforced the importance of universal internet accessibility in the 21st century. As a result, A4AI and its partners increased advocacy efforts on the benefits of internet access to policymakers worldwide. In order to close the digital and economic divides between developed and developing economies and between rural and urban areas, the Alliance for Affordable Internet aims to achieve universal internet access. 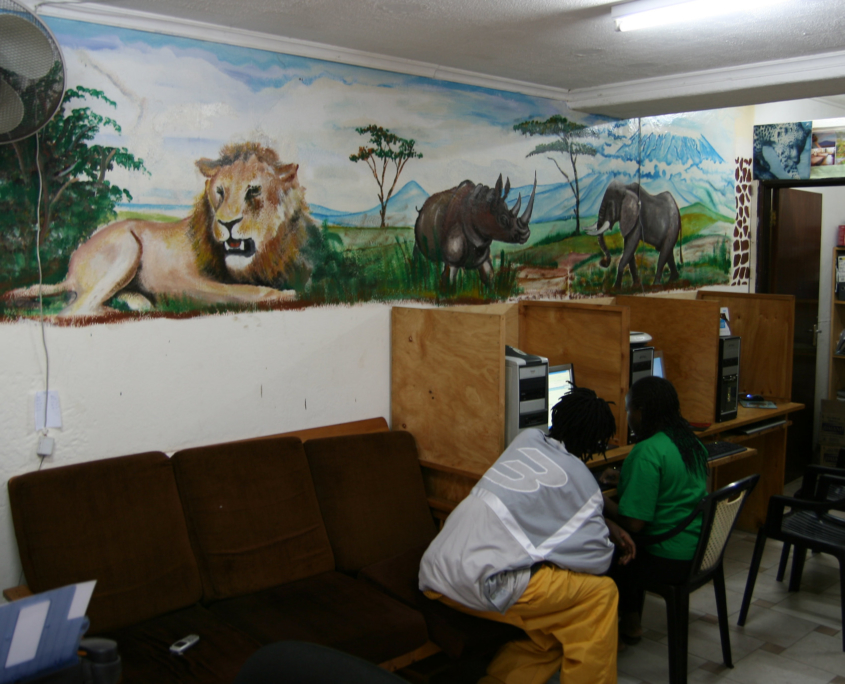 Africa has become a hub for electronic expansion in recent years. For example, more and more of its business and financial transactions are being made from mobile devices. Further, new technology in sub-Saharan Africa has rapidly been developed. The region has identified the benefits and uses of new systems of finance and governing. However, even though technology has been a focal point for many sub-Saharan countries recently, Africa’s overall connection to the internet has remained at a low level. Now, COVID-19 poses new challenges to business and connection. For many, having reliable access to the internet in Africa may be the difference between staying above or below the poverty line amid COVID-19.

While technology has rapidly expanded in Africa in recent years, only 18% of the population has reliable internet access, and only one in 10 households are connected to the internet. Further, the majority of this percentage is in urban areas. The governments of African countries face significant challenges in bringing more access to the rural parts.

One of the biggest challenges in this task is the commitment from private companies. Until recently, most of the internet connectivity in Africa has been left up to the private sector. However, the lack of pre-existing infrastructure in Africa’s rural areas makes developing connectivity in these areas quite expensive. For this reason, most of the private companies have never taken the time to invest in these regions. This highlights how technology can sometimes appear to be making great changes to the world, but in reality, it is only helping those who can afford it or who are profitable to invest in. More attention must be paid to the remote and impoverished communities that are not benefiting from our technological advances as this system only deepens inequality.

Today, this inequality is beginning to change. Now local governments in Africa are more seriously committed to providing reliable internet to their people. This comes at the most crucial time as the COVID-19 pandemic has created numerous problems for interpersonal connection. Having internet access is now more critical than ever for business, global affairs and education. All of these points are crucial in lifting people out of poverty.

Because of governments’ efforts, many organizations are coming to Africa looking to further increase connectivity. The TZ21 program is successfully bringing new technological devices to Zanzibar in Tanzania. The Alliance for Affordable Internet has also been raising large sums of funding to provide reliable internet access to citizens of Africa. This organization has organized a stakeholder coalition in Nigeria and several other countries to work with local governments with the goal of providing reliable internet for all.

Africa has made great progress, but it still remains the least connected continent in the world. The COVID-19 pandemic has shown how important it is to have internet in Africa. In addition, it also put pressure on local governments to find solutions for their citizens. Building back from this moment, Africa may choose to further invest in the infrastructure, skills, jobs, and policy to allow technology and global connectivity to flourish in Africa. All of these things would boost economies and social awareness all around Africa. It could potentially be the solution to many poverty-related problems. 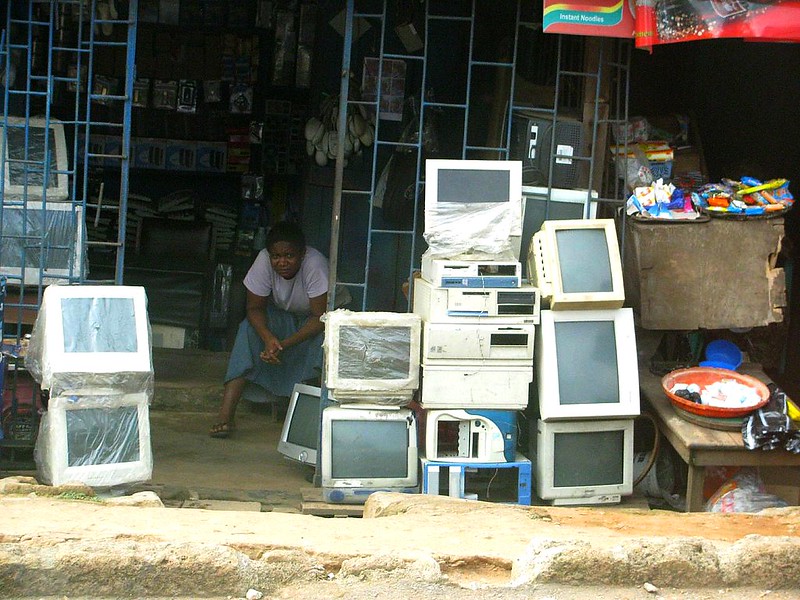 In most developed countries, paper consumption has quickly been reduced as digital resources have offered a more efficient alternative to the traditional pen and paper. However, digital technologies are used neither equally nor to their fullest extent around the world. In many African countries, for example, a 5GB movie could take hours to download. In Singapore, however, that same 5GB movie could be downloaded in less than 12 minutes. As a continent, Africa’s access to high bandwidth internet ranks among some of the lowest compared to the rest of the world. In a growing digital age, it is nearly impossible to thrive when the minimum technological requirements are not met as a continent.

According to InternetWorldStats, roughly 39% of Africa’s entire population had access to the internet as of December 2019. As of 2019, “17.8% of households in Africa had internet access at home“, and “10.7% of households in Africa had a computer.” These percentages might seem low considering that computer technology is more prevalent than ever before. In Africa, however, high-quality internet access is a luxury many people cannot afford.

Affordability is the biggest issue concerning internet access in Africa. Internet access in many African countries is expensive compared to countries outside of the continent. Africa as a whole has the least affordable internet prices on the planet. In the Alliance for Affordable Internet’s annual affordability report for 2019, it stated that “across Africa, the average cost for just 1GB data is 7.12% of the average monthly salary.” To put it in perspective, if the average U.S. consumer had to pay 7.12% of his or her average monthly salary for internet access, it would cost nearly $373 per month to access only 1GB of data.

Although the amount of people who have high bandwidth internet access in Africa is low today, numerous organizations are working to close the continent’s digital divide. For instance, an initiative called the Africa Digital Moonshot aims to digitally connect all facets of life in Africa by 2030. Some of the “Moonshot Objectives” include:

To see this dream come to fruition, the Broadband Commission for Sustainable Development laid out the first goal for the initiative in a past report: doubling Africa’s broadband connectivity from its current number by 2021. If this is achieved by next year, the plan to implement good quality, universal internet access in Africa by 2030 is on schedule. Although these developments are necessary for improving internet access in Africa, they come with a hefty price tag, since roughly $100 billion is needed to cover numerous implementations (such as infrastructure, legal costs and network management.) Even though the goal hasn’t been achieved yet, internet access rates in Africa are moving in a positive direction. Moreover, the Broadband Commission for Sustainable Development is closer than ever to reaching its Seven 2025 Targets for worldwide, universal high bandwidth internet access.

Experts also have stressed the critical role high bandwidth internet access in Africa will have for boosting Africa’s economy in the future. Makhtar Diop, the World Banks’ Vice President for Infrastructure, stated that “the digital agenda is first and foremost a growth and jobs agenda.” He goes on to explain that “broadening internet access means creating millions of job opportunities.” When it comes to job creation, universal internet access not only improves domestic business but it also allows for more participation in marketplaces worldwide. For many Africa countries, e-commerce is heavily underutilized, but installing suitable, accessible internet throughout the continent can make conducting e-commerce internationally a top priority for most African businesses.

Given the positive progress Africa has made over the past 20 years concerning internet access, many are optimistic about the continent’s online presence development for the near future. E-commerce, telehealth, mobile education and many other virtual alternatives are slowly becoming more prevalent throughout Africa. The necessary first steps toward improving internet access in Africa have yielded positive results, and these plans for improving access are only the beginning of the continent’s untapped digital potential. 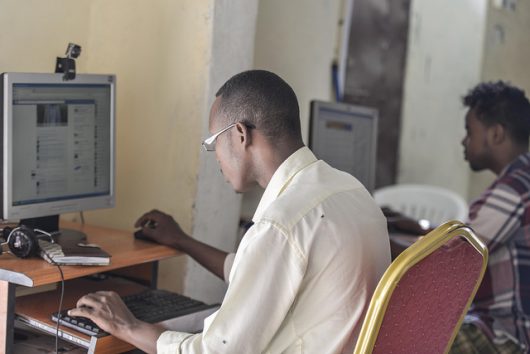 Global internet access creates an equal playing field for both the most and least developed countries in our world socially, politically, and economically. Bridging the digital divide requires hard work from the public, private, and nonprofit sectors.

Part of the U.N.’s goals in the 2030 Agenda for Sustainable Development is to “significantly increase access to information and communications technology and strive to provide universal and affordable access to the Internet in the least developed countries by 2020.”

There are many different sectors working toward global connectivity. Google Alphabet is working on Project Loon, allowing for global internet coverage through balloons. Project Loon is a project under X, Google Alphabet’s moonshot (technological innovation) factory. Google is not the only major technology company getting involved in global connectivity. Facebook has the Connectivity Labs, and Microsoft has the Affordable Access Initiative.

One major organization that helps promote global connectivity is the Alliance for Affordable Internet. This organization focuses on reforming regulations and policies in various nations through forming on-the-ground coalitions in each nation, with representatives in the public and private sectors. Facebook, Google, and other businesses and nonprofits are members of the Alliance for Affordable Internet.

In late January, the Digital Gap Act passed in the U.S. House of Representatives. The Digital Gap Act is a foreign policy bill that aims to increase internet access for those around the globe, especially for rural farmers and women.

Many different sectors will have to work together in order to successfully achieve the important goal of global internet access.