Tag Archive for: Alliance a Home for All 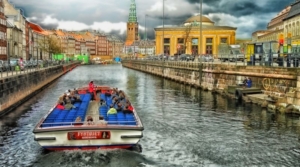 Although Denmark is known for its strong welfare state, homelessness is still a prevalent problem. The small country has taken steps to reduce the number of people that are homeless and have shared these steps with other European countries. However, there are still many ways that the country can continue to reduce its homeless population.

Several NGOs help the Danish homeless population. The Alliance, A Home for All advocates for homeless people and works to create solutions for homeless people. Project UDENFOR also works to help the homeless by participating in on-the-street based work and through spreading knowledge collected through research. Additionally, a large number of homeless shelters throughout Denmark are operated by a number of NGOs to fill in the gaps that the Danish welfare state cannot cover.