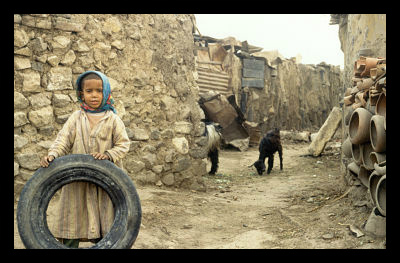 Overcrowded housing, bias urban development and limited access to food, water, quality health and education are among the root causes of poverty in Alexandria.

Although poverty rates in large urban cities such as Alexandria and Cairo remain high, it does not compare to the percentage of impoverished people in the rural areas of Egypt, also known as “upper Egypt,” and Egypt as a whole. In recent years, poverty rates in Alexandria have increased by one percent and is currently still rising.

Essentially, Egypt’s developmental policies are focused in urban areas causing bias that has prompted a high rate of poverty in upper Egypt.

The agriculture sector represents a large percentage of Egypt’s population. These rural areas are home to 40 percent of the country’s population and about 70 percent of the country’s impoverished people. Focusing development in cities like Alexandria have allowed room for neglect in rural parts of Egypt where poverty remains one of the highest compared to other areas in Egypt.

The uneven distribution of development have caused people from rural parts of Egypt to migrate to urban areas such as Alexandria and Cairo. However, the migration only fuels the cycle of poverty and state of underdevelopment in rural areas. Instead of targeting Egypt’s root of poverty in rural areas, the efforts are being focused on urban development.

The inability to reduce poverty in Egypt is blamed on urban development.

A large difference between poverty in Alexandria and rural areas in upper Egypt is the public infrastructure such as electricity, education, health and water. Explaining poverty rates in Egypt is closely tied to the urban development in the metropolitan areas of Egypt, where a large percentage of Egypt’s manufacturing, trading and major constructions is concentrated.

Aside from urban development, education also impacts high poverty rates. There’s a known link between lack of education and poverty—the less education accessed, the higher the rate of poverty.

According to the World Bank, about 46 percent of Egypt’s poor is illiterate and 40 percent have a basic education, while the remaining population have advanced degrees. Fighting poverty in Egypt is not only about development in rural parts of Egypt, but also about education.

Ultimately, focusing efforts on improving education in Alexandria and redistributing development across Egypt can aid in the fight against poverty.