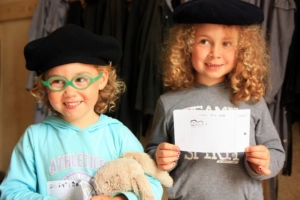 In 2015, nearly 200 countries signed off on the Paris Agreement to combat changing weather patterns. Since then, the agreement’s host nation, France, has made considerable, yet, insufficient progress towards its goals. The issue of climate has become a common topic of discussion in recent years. Changing weather can have various effects on the planet such as natural disasters. In an effort to confront the matter, the Treaty of Paris originated to get countries around the globe to reduce their greenhouse gas emissions. Interestingly, France, the country in which the treaty emerged, has fallen behind in trying to reach this goal. Here is some information about the state of renewable energy in France as well as the types of energy France uses in addition to it.

Sources of Power in France

In order for most nations to reduce their carbon emissions, they had to first reduce their use of fossil fuels. A large majority of greenhouse gasses come from the burning of these resources. France, on the other hand, does not really have this issue.

While renewable energy in France did not make up a large portion of power production, the country had another option to look to. For decades, France has primarily relied on nuclear energy for its power. In fact, in the year 2000, more than 70% of the country’s power came from nuclear energy, which emits much fewer greenhouse gasses than burning fossil fuels.

Unfortunately, nuclear energy comes with its own dangers. While nuclear power reduces the quantity of greenhouse gasses that release into the atmosphere, it produces nuclear waste that can prove to be harmful to the environment. Additionally, more nuclear energy means a higher risk of a nuclear meltdown which can have even more detrimental environmental effects. Overall, many countries, including France, have decided that renewable energy is the best option.

On top of this, France also has various future projects planned. In 2020, the French Energy Ministry created 1.7 gigawatts of renewable energy projects. Total, an energy company, will have its largest solar power plant located in Valenciennes. Overall, France expects 40% of all of the nation’s power to come from renewable energy by the year 2030.

According to the general delegate of the Renewable Energy Trade Administration, Alexandre Roesch, renewable resources generate 25% of France’s power. Hydropower supplies most of this energy. Out of all the nations in the European Union, France produces the most hydropower.

Behind that is wind power, although that may not be the case for much longer. Wind power has progressed rapidly in France and the country has planned various projects for the future as well. Wind power could overtake hydropower by 2030 and could be key for France in meeting its renewable energy objectives.

Like wind energy, solar power generation has also increased in France. While many do not expect it to surpass hydropower anytime soon, it could still significantly contribute to reducing carbon emissions.

While France has increased its renewable energy production and has various renewable energy projects in the works, the country is still at risk of not reaching its Paris Agreement goals. Much of this is due to internal debates that are slowing the process of constructing renewable power stations.

For example, creating new wind farms could greatly boost renewable power production in France, but there are other factors that French citizens are concerned with. Wind farms drastically increase noise pollution and many believe that their construction could eradicate biodiversity.

While the citizens continue to debate over these and various other issues, France is unable to complete its projects because of these internal disagreements. France could end up falling behind its fellow European nations in its own treaty if it cannot develop its renewable energy at a faster rate.

Energy poverty is an issue that impacts many countries in Europe, including France. In 2019, 12% of France’s population did not have adequate access to energy. Much of this is due to high energy prices and low incomes. This has resulted in many French citizens being unable to warm their homes during cold winters or cool their homes during increasingly hot summers.

The implementation of additional renewable energy in France could mitigate this issue in a couple of ways. Firstly, the cost of renewable energy has dropped significantly over time and is actually more affordable than nonrenewable energy now. This will make it easier for poorer citizens to have access to the power they need. Also, many of the households experiencing energy poverty are located along France’s coastal regions, which also happens to be where many wind power stations will undergo construction. The price and proximity of renewable energy could be helpful in lifting France out of energy poverty.

Overall, renewable energy in France has become more prominent in recent years albeit, not at the rate they hoped for. Unfortunately, if the country wants to reach its ultimate goal of carbon neutrality by 2050, they have to pick up the pace exponentially. There is time and potential for France to become an even more renewable nation as long as the government and its citizens can reach an agreement that will yield positive results in accordance with the Paris Agreement.