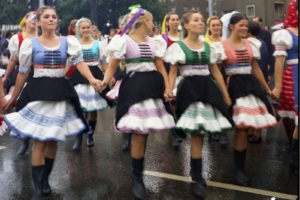 Women have been getting their periods from the beginning of time. The first mass-produced commercial menstrual products emerged in 1897. On average, people with access to these menstrual products use 17,000 tampons in their life. Now, there are a plethora of menstrual products to choose from. Unfortunately, even with the availability of these products, there is immense period poverty, which refers to the inability of a menstruating person to access or afford products for their cycle. In Switzerland, 8.5% of the population faces income poverty which likely has an impact on women’s ability to menstruate hygienically. Switzerland has made considerable strides in an attempt to nullify the discrepancies between genders. However, this has not been entirely successful. Here is some information about period poverty in Switzerland and what measures are in place to eliminate it.

The Reason for the Problem

Period poverty in Switzerland is a problem that some parts of the country have attempted to address. However, it has become increasingly difficult for the youths to access these products due to inflation and taxes. With 50.4% of the population of Switzerland being female, they are part of the more than 500 million women worldwide who are deprived of menstrual products. The average woman bleeds for a total of 3,500 days or 10 years of her life. When living below the poverty line, it is often difficult to obtain menstrual products. About 10% of Switzerland’s youth fall below the poverty line as of 2019. However, specific statistics are not available regarding the number of people that period poverty affects in Switzerland.

All over, this deprivation curbs these people’s potential as they cannot step out of their house to work or study for fear of random pain in different parts of their body along, fear of staining their clothes or even just keeping their hygiene. This has a significant impact on the productivity of these women and their contribution to the world economy and each individual’s life. Lack of hygiene and loss of blood and tissues make a woman prone to multiple bacterial issues. The disparity between the two groups is unnecessary and dispels the disadvantaged group of a fundamental human right.

The Reason for the Prevalence of Period Poverty in Switzerland

The Swiss government started a campaign in 2021 to try and solve the problem of period poverty by making pads and tampons available for free in public schools and colleges. However, this did not work very well as, despite the free products, they were not in stock and available at all times within the schools and colleges. Often, the schools and colleges did not advertise their availability, and the school’s menstruating counterparts did not know they had a right to access these products. The lack of appropriate advertisement for the campaign failed to raise awareness about the unsaid taboo still prevalent in this small European country.

One might think that period products should not be so expensive since they are necessary for the normal bodily function of menstruation. However, it is more expensive to menstruate than it is to take a performance-enhancing tablet like Viagra since the Swiss Government imposed a value-added tax (VAT) rate of 7.7% on feminine hygiene products.

Poverty is an issue in nearly one in five Swiss households and about 10% of the youth below the age of 20 fall under the poverty line. On any given day, 300 million women and girls worldwide will be menstruating, indicating that period poverty is likely a challenge that requires resolution not only in Switzerland but also globally.

Apart from the Swiss Government’s individualistic contribution to eradicating the problem in the country, the World Bank has made an effort to collectively end the stigmatization of menstruation worldwide by introducing the annual Menstrual Hygiene Day on May 28. The end of stigmatization means that soon people will be able to talk about periods and issues like period poverty without experiencing shame.

Additionally, the City of Geneva introduced a pilot project wherein the municipality of the city has put up vending machines in economically challenged suburbs where youth are most likely to congregate. These machines contain sanitary and period-related products with organic cotton sanitary towels. Geneva has installed more than 53 machines as of September 2021. The aim was to break the taboo surrounding periods and make periods open to conversation. The products available within the machines are at subsidized prices, making them more affordable.

Another contributor to this is entrepreneurs Alexandra Wheeler and Eléonore Arnaud, who opened a boutique in Toulouse, Switzerland, called Rañute, which is all about destigmatizing periods. Wheeler and Arnaud open up conversations and stock products ranging from herbal teas to help with period pain as well as reusable panties and cups. It is not just a safe space for women but also young girls. It also provides a space for fathers and those in transition phases, such as menopause, who are eager to learn. Recently, the boutique has expanded to have online stores for its products to make them more readily available throughout France and Switzerland.

While more work is essential in terms of raising awareness, removing the stigma around menstruation and period poverty and making sanitary products freely available, Switzerland is on a solid path to do so. Hopefully, with continued work, period poverty in Switzerland will disappear entirely.