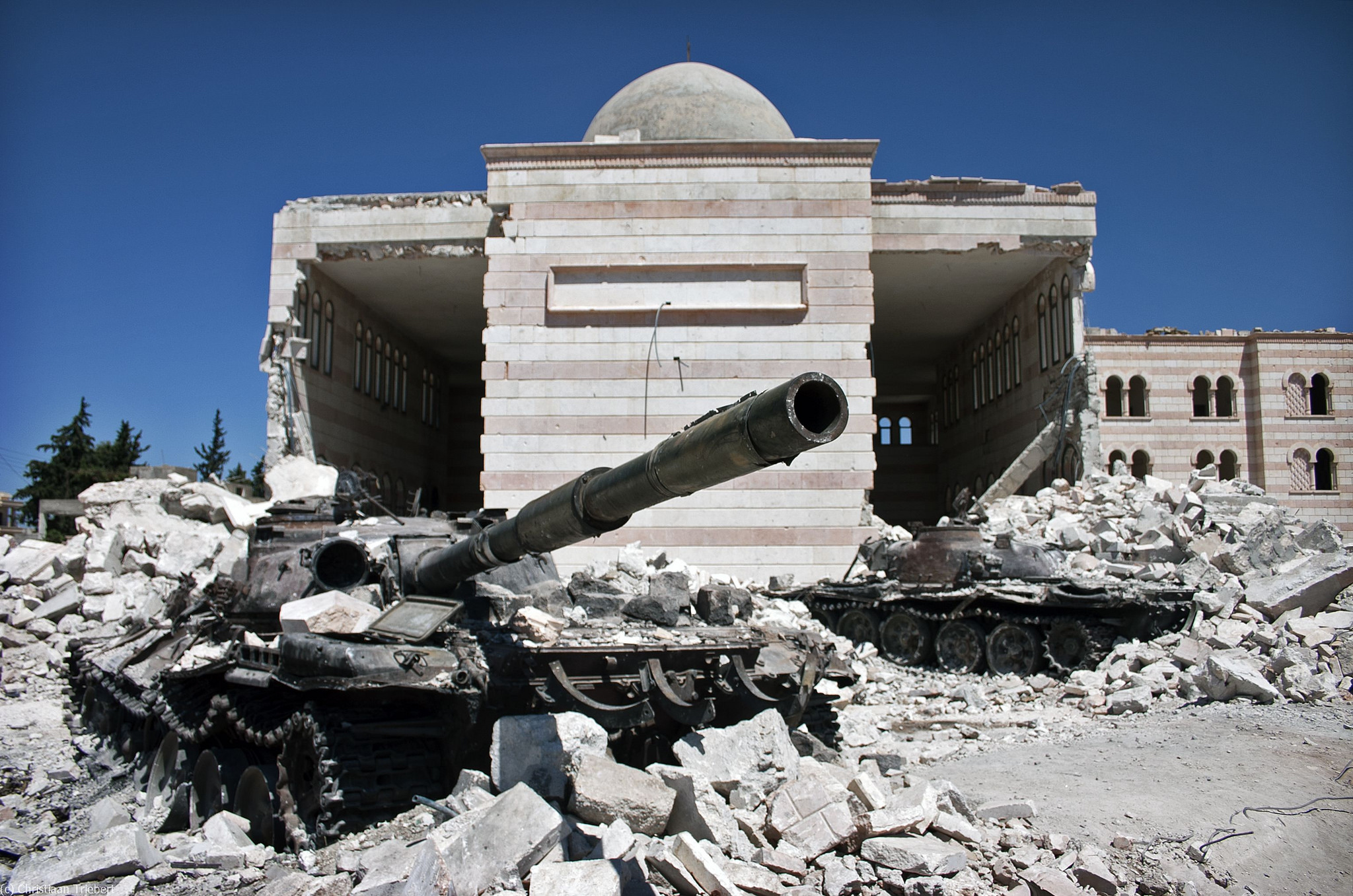 Beginning in 2012 and concluding in 2016, the Battle of Aleppo has been a major war of attrition in the fight against the so-called Islamic State as well as served as a major impediment to the Astana Peace Process. Often dubbed ‘Syria’s Stalingrad’, the city of Aleppo is still reeling from the social, economic, and political ramifications of the offensive since the ceasefire deal reached last year in 2016.

With the death toll currently standing at over 31,000, many individuals continue to face the threat of internal displacement, diseases, and other human rights violations.

Aleppo in the Syrian Economy

Aleppo, an important city with a population of 2.3 million individuals, used to make up a notable part of Syria’s GDP in the past with its economic potential. Approximately, 60 percent of the city has been devastated — a significant proportion of that destruction being landmark cultural and heritage sites. As if infrastructure mistreatment wasn’t enough, the Battle of Aleppo was also infamously known for the rebels’ use of civilians as human shields and other forms of modern slavery.

According to the World Bank Group, the economic cost of the war comes to €200 billion so far. Over 1 million people were forced to flee the city — an influx to Europe that contributed significantly to the 2015 European Migrant Crisis. Consequently, since the beginning of 2017 alone, 300,000 people residing in Aleppo were forced to leave the city.

During the Battle of Aleppo, a significant number of humanitarian aid initiatives were spearheaded by the United Nations Office for the Coordination of Humanitarian Affairs (UNOCHA). The United Nations Security Council Resolution 2165 was instrumental in ratifying the supply of aid to the country, particularly across border crossings and other obstacles.

In October 2017, the International Committee of the Red Cross (ICRC) reported casualties that amounted to the hundreds. Many schools and hospitals were destroyed in the crossfire of the combat against the Islamic State and other extremist groups in the country. Rural areas in the country faced especially damaging impacts since over 27 percent of Syrian homes were destroyed during the course of the Battle of Aleppo.

The U.N. has recommended that over $3.5 billion is needed to cover the social, economic and human costs of the Syrian Civil War. This figure means that Aleppo will hopefully be given a greater focus and priority in the future through the globe’s increased channeling of funding and resources.

Humanitarian aid is taking on a pivotal role in order to address the situation’s immediate needs. Russian military officers have delivered a batch totaling 1.3 billion tons of aid and, as a part of the initiative, 300 sets of food were also provided. Similarly, Iran also delivered humanitarian aid to rural areas of Aleppo with an aid convoy of 200 tons of food, clothing and medicine for affected civilians.

Various aid organizations currently address water and sanitation needs by equipping households with water tanks as full supply has still not been restored in many communities. Moreover, UNICEF has delivered water to over 700,000 individuals in Aleppo and aids in the maintenance of water storage tanks in the city.

Currently, the reconstruction of the city and resettlement of civilians in the future remains top priorities for various stakeholders, as many returning civilians come home to a city in ruination. To date, over 332,000 individuals have returned to Aleppo so far.

Based in the city of Budapest is the humanitarian program of the Aleppo Project, which acts as a large collaboration between various refugees, students and experts. The organization is active in Lebanon and Turkey and works concertedly to restore the city to order. Their focus on the Geographic Information Systems (GIS) is the establishment of a participatory planning system that will help continue the present post-crisis restoration of the entire city. Within the city, the UNHCR is providing returning civilians with items like protective equipment to help them regain control of their lives.

With the city of Aleppo continuing to act as a major epicenter of the Syrian civil war, safe passages and avenues are needed for the affected and the vulnerable to remain protected. At this juncture, sustainable aid is thus required in order to have an effective solution to the crisis and mitigate negative impacts.