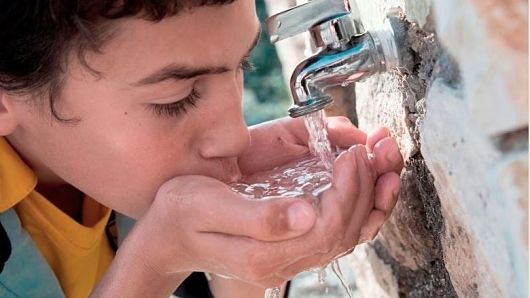 Thanks to a new project designed to install new and improved water pumping stations throughout coastlines, Albanian villagers are enjoying improved community water sources and piped water for the first time.

The picturesque villages covering the Albanian countryside boast breathtaking views, but attracting reliable income from tourism has been a problem due to the villages’ lack of reliable potable water. Alexandra Spiro, a resident of the village of Lukove, expressed the daily trials associated with sporadic water supply. “Before, the water only came at certain times,” Spiro said, “and when the water came we filled every pot we had.”

Since then, the Integrated Coastal Zone Management project has introduced powerful new water pumping stations throughout the Albanian coast. The project, funded by the World Bank, has taken the original water network and done a major overhaul, making upgrades and adding improved features.

Vladimir Kumi, Former Mayor of Lukove Commune, which incorporates the 14 villages benefiting from the new project, said, “In all the villages of our commune, there were amortized water pipes from the 70’s and only public taps. People didn’t have water at home, and little water came to villages.”

To keep the new increase in water supply affordable for residents, each village has received metering systems. Compared to the previously charged flat rate, households now only pay for what they use, making the service more attainable for the lower income villagers.

The upgrades have had a great impact on the Albanian Villagers making their daily tasks, such as cooking, cleaning and laundry, faster and more efficient. However, the residents most impacted are the small business owners. Liljana Shehu, a cafe owner in Lukove, said the water upgrades have been good for business, “It helps us maintain better hygiene. Before, we didn’t have water and now we have water all the time, whenever we want just by turning on the tap. And the water is healthier too.”

Thanks to the project, these small-scale, entrepreneurial ventures are sprouting up around the region. Like Shehu, Miliano Bitri, from the village of Piqeras, owns a family-run small hotel that offers views of his farm and olive orchard. Since the project was completed, operations of the business for Bitri and his family and been, quicker, easier, and most importantly, more profitable.