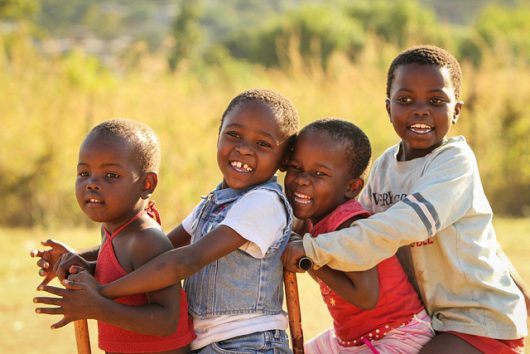 The U.N. first asked “how can the international community best harness the power of media…to educate and transform?” in a 2017 conference. Although this requires a complicated answer, social media and poverty reduction can be connected by harnessing the power of information to foster development in a technologically advancing world.

The link is clear: the U.N. recognizes that there are many “opportunities for the media to play a strategic role for eradicating poverty.” This rests on the media’s ability to inform the public about poverty, in many cases by disseminating information through the voices of who have truly experienced it. This provides “an inclusive platform and an open forum to share the views and concerns of people living in vulnerable situations.”

But what does this look like firsthand? When a video of a young Syrian boy named Omran Daqneesh covered in rubble surfaced in 2016, millions of people disseminated the video through their social media channels hours after its publication. The New York Times called the video “an image of civil war,” as for many it humanized the violent events taking place far from home.

Sharing these shocking images can spur quick action. A different image, that of Alan Kurdi, a Syrian boy who drowned while leaving Syria for Greece, gained similar attention. Sharing it via social media had real outcomes: MercyCorps garnered $2.3 million for Syrian refugees in one month, compared to the $4.5 million raised in four years before.

The information-sharing that took place with these images spurred discussions about poverty and war on social media. In many cases, the power in information-sharing means that “the media can play a major role in developing public understanding of economic, social, and environmental issues: the three pillars of sustainable development,” according to the U.N.

Many organizations and governments are harnessing the power in social media and poverty reduction. Rwandan health minister Agnes Binagwaho provides an example with #Ministermondays. Every other Monday, Binagwaho opens a discussion via Twitter for people to voice their concerns about health in the country. Listening to real voices, she is able to craft policies using the experiences she absorbs through social media.

Unlike other media sources, social media gives a voice to those who have lived in poverty by creating public platforms to spread experience. In this way, the media “affords individuals and communities the possibility to become active in the development process” by using social media platforms as safe spaces for discussion, according to the University of Namibia. Over time, this is generating “long-term suitability and sustainability” for poverty reduction.

Social media and poverty reduction works for other forms of development. Success for the United Nations 2030 Sustainable Development Goals largely rests on the power of the media, according to the U.N., based on its ability to instigate change with credible information sharing. And media hides other tools for poverty eradication; the University of Namibia explains that it also “creates a platform for non-violent discussion and issue resolution” to prevent conflict.

Social media and poverty reduction can be linked through holding guilty parties accountable for their actions. An established social media source known as I Paid a Bribe is doing just this; it creates a space to safely expose corruption in developing countries by text or email. Stories are shared without fear of retaliation, exposing illegal actions and fighting corruption.

Even so, media does not always work in favor of poverty reduction; many argue that poverty is often given little coverage time via traditional media sources. For example, a study of three prominent U.S. nightly news sources found that in 14 months, an average of only 2.7 seconds in every 22-minute program mentioned poverty. And not all people are able to access social media channels; ending the digital divide that leaves four billion people without internet can harness the power of social media to share stories for reducing poverty.

In some cases, “the knowledge and experiences of people living in poverty are often undervalued” in the media, and “solutions to their own problems are ignored.” This can improperly portray real world experiences. Giving little recognition to those who have lived in poverty, according to the U.N., ultimately plays a role in distorting public perception and negatively influencing policies about poverty reduction.

Despite barriers, the U.N. explains that “the time has come for all policy actors to recognize and support the vital contribution of the media” in reducing poverty. Developing the tools that social media provides to reduce poverty, when done effectively, is gaining traction for development today.

And although Omran Daqneesh’s video alone can not end a civil war, his impact is igniting progress for sustainable development. In a world like today, change stems from diverse voices, making way for progress that was impossible only decades ago.