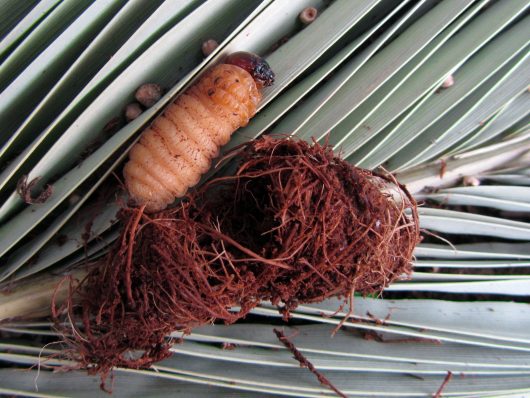 Ghanian entrepreneur, Sofia, does not keep cows or pigs on her farm, nor does she grow edible plants. Instead, her farm is contained to three buckets held in a covered shed. Her livestock is “akokono” otherwise known as Palm Weevil Larvae, and farming these edible insects could be a necessary step to fight world hunger.

The adoption of new, efficient and sustainable nutritional practices grows ever more crucial as we struggle to end malnutrition in impoverished communities. According to UNICEF, malnutrition leads to the death of about 3 million children under five every year. Bodies that lack nutrients are unable to properly fend off infection, and often, going hungry can make common infections fatal. Additionally, in Ghana 76 percent of children under the age of two are anemic and 20 percent of maternal deaths are caused by anemia.

Organizations like PATH and Aspire are making strides in reducing malnutrition and iron deficiency rates by taking Sofia’s example and helping women establish home-based akokono farms. The large, cream-colored grubs have been a staple in Ghana for many years and are chock full of protein, iron and fat. In the past, workers harvested these edible insects while collecting sap to make palm wine. But as the use of pesticides rose, the populations of akokono fell, making them a less frequent meal in current day Ghana. However, insects are being put back on the table with the help of starter kits delivered by Aspire. The starter kits include a few larvae, a bucket, a screened lid and feed.

Not only do these micro farms provide food for a family, but they can also provide a means of income if the grubs are taken and sold at local markets. While there are many who turn up their noses at the idea of eating insects, the co-founder of Aspire, Shobhita Soor, believes that the cultural norm will change,“We definitely think it is the food of the future. I think the economics of food and the global constraints on the environment speak to that.”