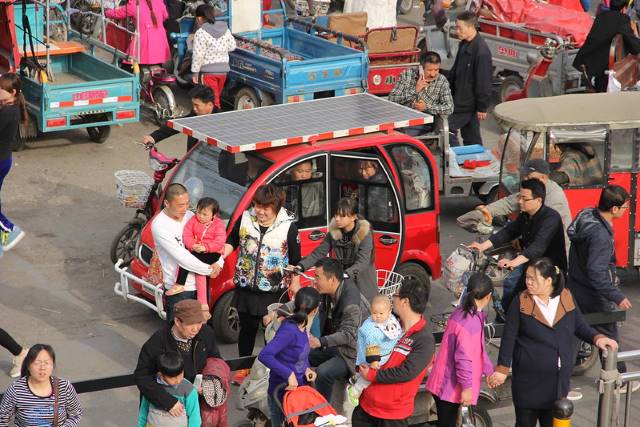 The World Health Organization (WHO) has recorded 7 million premature deaths globally as a result of elevated levels of air pollution. In 2016, the WHO reported that 91% of the world’s population resided in areas that did not meet the threshold for acceptable air quality. Such conditions escalate the effects of and increase mortality from strokes, cardiovascular disease, respiratory disease and infections, cancer and chronic obstructive pulmonary disease. In 2010, the World Bank along with the Institute for Health Metrics and Evaluation reported more than 180,000 deaths and the loss of 4,100,000 disability life adjusted years directly attributable to road transport air pollution. Also, when declaring the ‘best practice group’ for policy handling of air pollution, the list consisted mainly of high-income countries that can afford preventative measures like electrifying transportation.

The WHO reports that low-and middle-income countries suffer the highest effects of elevated exposure to harmful air pollutants. In fact, the majority of the world’s cities with the highest Air Quality Indices (AQI) are found in developing nations. These countries typically do not have adequate laws or enforcement to protect against air pollution. These nations tend to contain a higher number of coal power stations and less stringent restrictions on vehicle emissions.

Further, developing nations experience great disparity in the effects of air pollution and the burden typically falls on the countries’ most impoverished populations. The reason for this is that the impoverished usually reside in highly concentrated areas with dense harmful emissions, a consequence of their exclusion from suburban areas where there are fewer pollutant-generating spaces.

Despite air pollution challenges, a healthy environment, which includes clean air, is a human right and forms part of the United Nations (U.N.) Sustainable Development Goals. In order to improve air quality, one of the U.N.’s main suggestions is to adopt clean and renewable energy and technologies.

The emissions from current fuel and diesel-powered traditional transportation systems consisting of fossil fuel-powered cars, trucks and buses generate pollutants that have adverse effects on every organ in the human body. These forms of transport are also responsible for approximately half of all the nitrogen oxides in the air of the U.S. alone.

Furthermore, transportation stands as one of the greatest sources of greenhouse gases. Given the large contribution to air pollution arising from main-stream fuel and diesel vehicles, electrifying transportation systems is anticipated to be one of the most effective, shorter-term solutions to air pollution. This will, in turn, lift some of the burdens on impoverished and vulnerable populations.

One of the main advancements in renewable technology is the use of electric vehicles. One estimate finds that with the widespread accelerated adoption of clean transportation through the electrification of vehicles and fuel, an approximated 25 million aggregate years of life would be saved by 2030. Included in this figure are at least 210,000 reductions in premature deaths in 2030 alone. These gains would primarily occur in China, India, the Middle East, Africa and developing Asia, especially in locations with the highest rates of poverty.

So far, there are three classes of electric vehicles:

One of the main barriers to electrifying transportation in developing nations is the fact that electric vehicles (EVs) are typically more expensive than traditional fuel and diesel-powered vehicles. However, switching to EVs can prompt savings. Developing nations exist on a spectrum of development. For those with public transportation systems, working police and emergency health care fleets, the governmental investment in the transition toward electric vehicles and trucks would not only help to improve the air quality in the respective nations but would also prove cheaper and more sustainable in the long run.

Of the available classes of electric transport options, the E2Ws would be most beneficial in developing nations. This is because E2Ws have the lowest energy consumption rating. Unlike E4Ws, the E2W class of EV’s ability to charge via regular home outlets means that there are no substantial charging infrastructure investment requirements.

Many developing nations might not yet be in a position to invest in and benefit from the E4W or HEV EV classes due to their high initial investment and required charging infrastructure investments. The E2W class by contrast has been found to be a feasible investment for electrifying transportation for poverty reduction. Not only will this contribute to a significant reduction in air pollution, lightening its burden on the poorer populations, but it will also prompt savings for governments and stimulate economic growth. Additionally, as investments in EVs continue to rise, the initial purchase prices will fall and so developing countries might be able to afford higher classes.