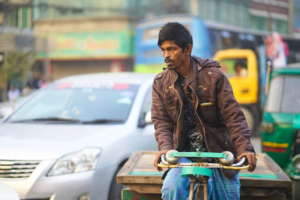 Indoor and outdoor air pollution in Bangladesh is a growing issue. As a global issue, estimates from the World Health Organization indicate that air pollution causes 7 million deaths annually. Unsurprisingly, low and middle-income countries like Bangladesh, the most polluted country in 2020, take the hardest hit. Research links poor air quality to strokes, heart disease, cancers and many other serious illnesses. For these reasons, clean air is a critical component in ending the cycle of poverty.

Low-income households all over the world tend to rely on biomass for fuel as it stands as a significantly cheaper option in comparison to cleaner fuels such as kerosene and natural gas. Bangladesh’s natural gas prices increased by 32.8% in 2019, the largest increase in the history of the country. When families in Bangladesh opt for cheaper fuels for heat and cooking, these fuels release more pollutants into homes than cleaner, more expensive fuels do. Many families in Bangladesh with a per capita income of less than $1 per day have a particulate matter concentration that varies from 410 microg/m3 to 202 microg/m3. These concerning numbers are partly due to families’ dependence on these fuels.

In Bangladesh, there are 30,000 industries, 6,000 of which are large industries. Larger pollution-producing industries often move to low-income areas to take advantage of fewer environmental regulations. Impoverished neighborhoods are also less likely to receive investments in urban greening, the reservation of land for natural environments, which can improve pollution levels in the air. Furthermore, lower-income communities are more likely to be positioned near major roads and receive underinvestment in environmentally-friendly public transit. Both of these factors add to transportation pollution in the neighborhoods.

The presence of air pollution can cause health concerns, such as calcification in arteries, and can also increase the risk of breast cancer. In poverty-stricken areas, it is often difficult to get medical help because of the out-of-pocket costs of doctor’s visits and transportation. Poor air quality led to 173,500 deaths in Bangladesh in 2019, 50,000 more deaths than in 2017.

Jobs are necessary for individuals in poverty to provide for themselves and their families. People suffering from air pollution-induced illnesses are more likely to quit working because they are not physically capable of manual labor. Family members of the affected persons may also have to quit their jobs or stop attending school in order to take care of their relatives. Without these sources of income and further education, it could be difficult for families in Bangladesh to escape generational poverty.

The Climate and Clean Air Coalition

The Climate and Clean Air Coalition (CCAC) began reducing pollutants in Bangladesh in 2012. The organization has invested in green technology for brick kilns as these kilns account for 20% of black carbon emissions. The CCAC also started finance funds to help build a greener future along with many additional air pollution-reducing initiatives. CCAC’s efforts and other similar commitments could reduce black carbon emissions by 72% and methane by 37% by the year 2040.

Because of the link between air pollution, related illnesses and poverty, addressing these issues is crucial. Extreme levels of air pollution in Bangladesh often stem from the neglect of low-income communities. By paying extra close attention to the air quality in these areas, Bangladesh can overcome its air pollution crisis.