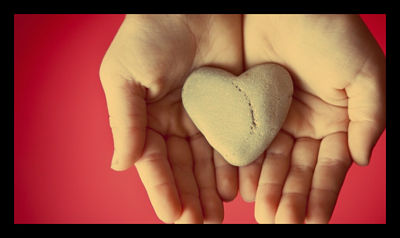 DAR ES SALAAM – Tanzania is likely to face problems in the fight against HIV and AIDS should a decision by major donors—Canada, Denmark, and the United States—to reduce funding prevail. Dr. Fatma Mrisho, the Executive Chairperson of the Tanzania Commission for AIDS (TACAIDS), recently released the warning when she paid a courtesy call on the Coast Regional Commissioner, Mwantumu Mahiza.

“We, as a nation, need to get prompt replacement for the funding, failure of which all the achievements made in the fight against HIV and AIDS for more than 20 years will experience a heavy blow,” she added. The Danish and Canadian governments, within their worldwide development agencies, constitute a group of key donors who have been contributing to NMSF for several years.

Dr. Mrisho called on all district councils to begin mobilizing their funds to address the threat of donor withdrawal. She said that while TACAIDS and other local players were currently working tirelessly to make sure the long awaited AIDS Trust Fund (ATF) became operational, local councils should begin raising funds from their own sources to maintain already established HIV/AIDS related interventions.

The NMSF is a strategy designed by the Tanzanian government, through TACAIDS, to address the epidemic, which former President Benjamin Mkapa declared a national disaster nearly a decade ago. Many of the interventions provide life-prolonging drugs for people with HIV, care and support for HIV-positive peoples, and home-based care for them and orphans.

The US President’s Emergency Plan for AIDS Relief (PEPFAR) established by the President George W. Bush a decade ago, has been a leading financier of HIV/Aids interventions in the country, but is also reducing funding. According to PEPFAR, HIV/AIDS is no longer considered an emergency case, and local efforts can easily handle the pandemic in a sustainable way as the infrastructure was already there. But 1.6 million people in Tanzania are still living with the virus—6% of the population—and every year nearly 84,000 die from Aids.

According to TACAIDS’ consolidated budget covering years 2010-2013, the country received about $575 million per year for HIV and AIDS national programs. So far donors have contributed 98% of the funds. The Tanzanian government, on the other hand, has been chipping in a measly 2% to the national program,  0.5%  of which was included in donor-backed General Budget Support. Other key sponsors are The Global Fund (20%) and United Nations Population Fund (2%).