Tag Archive for: Aid to Guatemala 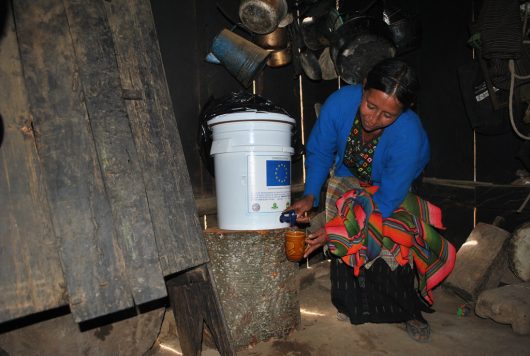 Guatemala, the Central American home to 16 million citizens, has a rich history and culture; but it is also no stranger to hunger, poverty and violence. Considered amongst the lowest of American countries in term of human development, Guatemala’s Mayan history, the abundance of coffee beans and lush landscape is diminished by decades of dictatorial rule, civil war and lack of development.

The need to expound upon humanitarian aid to Guatemala is paramount to ensure the country continues to see development improvements. Here are a few aid efforts that are seeing success in Guatemala:

Contraception in Guatemala is expensive and often carries severe side effects. As a result, many Guatemalans have little to no access to any form of birth control. The World Health Organization has no applicable data concerning contraception prevalence, which makes it difficult to gauge the efforts to distribute modes of birth control. However, this is not stopping organizations from providing that necessity.

The Bill and Melinda Gates Foundation’s goal to provide contraception has found its place in Guatemala. Working with organizations such as the Pan-American Social Marketing Organization, the Gates Foundation is educating women about their options regarding birth control and investing funds to ensure high-quality and affordable contraception is available.

Due to decades of violence, Guatemala’s indigenous Mayan population has been forced to live in rural areas of their country. In these locations, living conditions are harsh and poor; in fact, over 90 percent of indigenous Guatemalans live in extreme poverty.

To combat this, CHOICE Humanitarian is providing aid to Guatemala’s indigenous population through a number of programs. Due to the lack of infrastructure in these areas, CHOICE is creating programs to provide access to basic needs, including fresh water, healthcare and education.

Amongst the CHOICE initiatives to provide humanitarian aid to Guatemala are major projects such as the construction of schools and a hospital. Over 100,000 indigenous people have been positively impacted as a direct result of CHOICE Humanitarian’s work to serve rural areas.

Guatemala’s educational system is rife with inequality. While nearly every child begins primary school, middle school enrollment rates often fall in most areas to just 40 percent. For those that remain, less than half meet national standards for math and reading; and for the Guatemalan children that don’t continue their education, they rarely have the technical and vocational skills to find a job.

This alarming window into Guatemala’s educational system is challenged by organizations such as USAID. Primarily by supporting Guatemala’s Ministry of Education, national standards are stronger than ever and new training programs are resulting in the hire of better teachers. To bridge the language barrier between Spanish and the many Mayan dialects, USAID and the Ministry of Education have expanded bilingual programs and hired more diverse educators. To combat the 30 percent of sixth graders that achieve national reading standards, it expanded its National Reading Program to reach two million more children.

Humanitarian aid to Guatemala has definitely produced success stories such as access to contraception, quality education and outreach programs to Guatemala’s much-neglected Mayan population to name just a few; however, there is still much more to be done. The country is currently in the middle of a healthcare crisis that is claiming countless lives.

Poverty and hunger are rampant in this nation, and the globe must lead the way to ensuring that Guatemala’s development endeavors remain on track.