Tag Archive for: Aid to Georgia 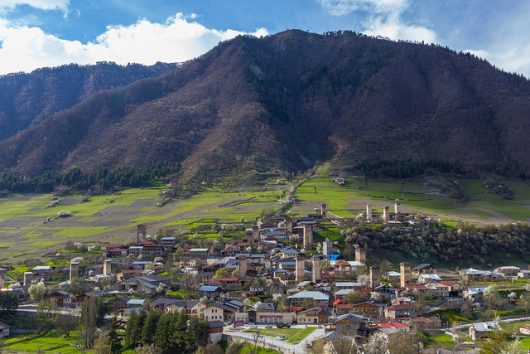 The country of Georgia is conveniently tucked between the Black Sea and the Caucasus mountain range separating Europe and Asia. For centuries, Georgia’s strategic location has made it a focal point for competition among the Kingdom of Persia, the Ottoman Empire and the Russian Empire and then again by their modern counterparts. In the 18th century Georgia fell under the control of the Russian Empire and then fell again to the Soviet Union. Modern-day Georgia gained its independence in 1991 after the fall of the Soviet Union.

After the fall of the Soviet Union, conflict broke out due to the instability in Georgia. In 1992, a civil war began and Russia sent peacekeepers to the Abkhazia region of Georgia; it has kept a presence there to this day. Following tensions in 2008, the five-day Russo-Georgian war was waged between Georgian rebels, Georgia and Russia. The end resulted in Russia occupying both territories, which are internationally recognized as Georgian territory.

After the end of the war, many western nations reached out to provide humanitarian aid to Georgia. At the time, U.S. President George W. Bush saw an opportunity to both provide humanitarian aid to Georgia and seek a new ally in the region. The U.S. assisted over 275,000 internally displaced persons and refugees from the war, most notably in the city of Gori, where 56,000 people had fled to from South Ossetia.

Over the next several months, international aid organizations and the United Nations also helped to aid internally displaced people, whether through medical aid or through family reunification programs. Due to the humanitarian aid provided by the international community, Georgia was able to mitigate the disastrous damage to its economy.

Perhaps one of the most important things saved in Georgia was its democracy. Almost unique among ex-soviet states, Georgia has been able to sustain a democracy with peaceful government transitions of power between government leaders and political parties.

This stable government has allowed Georgia to fight corruption and slowly grow its economy. Although it has yet to return to its pre-war level and unemployment remains high, the government has signed a trade agreement with the European Union and seeks to negotiate a trade deal with China. Georgia is seeking other international agreements to bolster its economy and its security. Georgia is seeking membership to both the European Union and NATO.

The success of humanitarian aid to Georgia may seem more dramatic than in other countries, but it is a prime example of how aid, over time, can improve the stability of a country.