Tag Archive for: Aid to Cuba 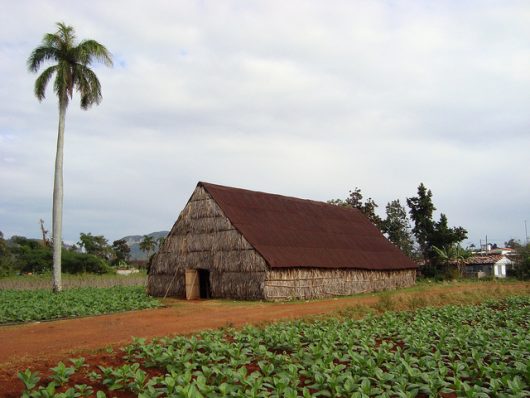 Many strides have been made in recent years to help poverty-stricken Cubans receive the basic necessities for life, but with a strenuous historical background and strict governmental policies, citizens are still in a fight for food. Missionaries and aid from other countries are currently offering assistance to help end the food crisis in Cuba.

The History of Poverty in Cuba

During the 1950s, Cuba was a small, third-world island country that was not big enough to produce its own goods and did not have enough farms to support the hungry population. Further complicating things was an enormous income gap between the rich and the poor.

In 1959, the country underwent a revolution during which Prime Minister and President Fidel Castro came to power, changing the state of the island’s economy for the worse. At this point, Cuba still relied mainly on imports from other countries for food and supplies. The Soviet Union was Cuba’s main supplier of food, but after the Cold War, the communist nation was no longer able to support Cuba’s hungry population, which made things even worse for hungry citizens.

Being one of the only communist countries in the world, the government in Cuba still has a tight hold on its citizens. Many of these same issues still exist today, making it difficult for people in poverty to obtain substantial food in Cuba.

The Food Crisis in Cuba Today

In 2018, Cuba still does not have enough land to grow agriculture to feed its population and does not produce enough of its own products. It relies on importing up to 80 percent of its food, according to the World Food Programme. The average diet of a Cuban household lacks an adequate amount of vegetables and protein-rich foods needed to promote a healthy lifestyle. Around 36 percent of infants suffer from anemia because of the lack of a proper diet.

In 1959, the Cuban government instituted a food rationing system that is still in use today, making households pay high prices for foods only sold in government-run supermarkets. The rationing system ensures enough food for families to just survive.

Each family receives a rations book that they take to the grocery store, allowing them to buy a certain amount of rice, sugar, coffee, cooking oil and chicken, according to The Guardian. Because of unemployment and low paying jobs, this system has made it even more challenging for citizens in poverty to pay for food in Cuba.

In the past few years, the U.S. has lifted some of its various bans on Cuba and has restored peace with the Caribbean nation, which means that more U.S. citizens are entering the country for leisure and vacation. The increase in tourism has had a negative impact on the food scarcity problem, according to The New York Times, as the food is now used for tourists instead of hungry citizens and has made the price of food in Cuba rise.

The Good News About the Cuban Food Crisis

During his presidency, President Obama loosened the U.S. ban on trading with Cuba, which has provided the growth of trade with Cuba and allowed the island nation’s farmers to obtain better farming equipment. American trade officials hope to create a food import market that could be worth billions if the Cuban economy boosts, which would help end the food crisis in Cuba.

Because of the recent peace between Cuba and the United States, missionaries have entered the country in the hopes of helping with the food shortage problem. A Georgia Southern University student, sophomore Olivia Folds, participated in a mission trip in 2017 to assist with the food crisis in Cuba. Folds’ group was stationed in the city of Camaguey and each missionary was assigned a family where he or she made supply bags for the family in need.

These bags included clothes, shoes, toiletries and food that Cuban citizens were not able to get for themselves. Children received bags filled with basic necessities along with crayons and candy, which were small luxuries they were not used to, Folds told The Borgen Project. She also commented that, if any of the missionaries offered the families money, they were “supposed to only give them like $50,” because “the government only allows them certain amounts of money each month.”

The Cuban government is still attempting to improve the food shortage problem for its citizens. With a new president that stepped into power this year, new policies being put into place and missionaries being able to come into the country more often, Cuban citizens are slowly but surely on a path to better nutrition. 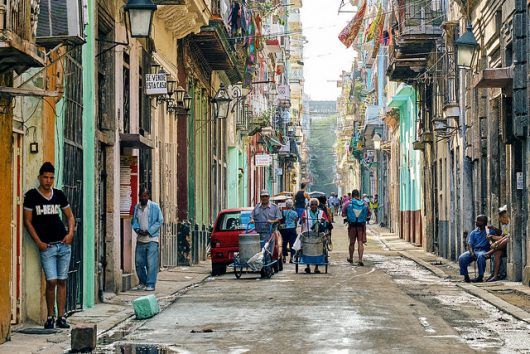