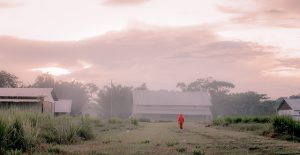 Latin America is experiencing one of its worst ever migration crises. This region has experienced multiple population movements in its history. Venezuela has seen a mass exodus of people due to four years of economic downfall and the subsequent impoverishment of the citizens.

The Reasons Behind Venezuela Crisis

The problem has been further exacerbated by the re-election of the dictatorial President Nicolas Maduro. The economic policies of President Maduro and former President Hugo Chavez have mismanaged the country’s vast oil reserves and sent the country spiraling into depression. The government has cut imports by over 75 percent, choosing to use its own currency to balance the $140 billion debt. This is an extremely bad decision in a country that produces almost exclusively oil.

The result has been an enormous lack of services within the country and the decrease in GDP. These policies have remained unchanged or challenged because of Maduro’s stranglehold on the country’s media and legal system, in addition to his brutal responses to protests. Accusations of corruption and conspiracies surrounding drug trafficking have plagued Maduro’s career but haven’t challenged his rule in any meaningful way. The United States has responded to these allegations by sanctioning Maduro but this had relatively no effect on Maduro’s behavior. Realizing this fact, the U.S. turned their attention towards aid that benefits Venezuela refugees.

Hopes for change internally seem bleak and have pushed over two million refugees into surrounding countries. At first, refugees are going to neighboring Ecuador, Peru and Columbia, countries that have been very welcoming in the past. Recently, however, the sheer number of migrants leaving Venezuela has forced its neighbors to take more aggressive policies.

Ecuador began blocking entry to refugees fleeing Venezuela with no passports. This policy came after the country declared a state of emergency due to the crisis. Peru and Columbia also announced their plan to adopt a similar policy and to deport migrants that are already within the country but without proper documentation. The policies of both the Government of Venezuela and its neighbors have trapped Venezuelan migrants in makeshift towns along the border, with limited resources. Most Venezuelan migrants sold their possessions in order to leave their country and have little to nothing in these towns.

The Aid of United States to Venezuela

Fortunately, the United States has played an instrumental role in providing aid that benefits refugees from Venezuela. The U.S had already provided $16 million in aid for the refugees through the United Nations Refugee Agency and another $6 million to help Columbia deal with their influx of refugees.

This money helped establish the infrastructure that is maintaining abovementioned makeshift towns and providing necessary health care for millions of people. Recently, the United States sent a life-saving resource to the shores of Columbia. Secretary of Defence, Jim Mattis, is sending a U.S. Navy Hospital Ship to help treat refugees in Colombia and surrounding Latin American countries. Hospital ships provide surgical care from some of the top military physicians in the world. They are protected by international law and help ease the burden on domestic medical institutions, which could influence many of these Latin American countries to take more beneficial positions towards refugees.

U.S. aid for refugees has a ripple effect on the countries that are hosting them because they have more resources at their disposal. This could change their policies in a meaningful way and end this migration process in the most positive way positive.