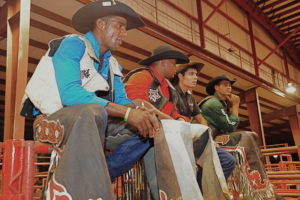 As of 2021, approximately 27 million people make up Brazil’s poor living under the poverty line, which is 12.8% of the country’s populace. This, after the poverty rate dropped to 4.5% in August 2020 with the help of a federal fund transfer program, hit individuals and families hard who had struggled with severe poverty prior to this COVID-19 aid program. The recess that monetary security provided was short-lived. Yet, while unsustainable, the program nevertheless did help those in need. Aid programs in Brazil have helped many families stay afloat amid economic uncertainty.

With dilemmas revolving around the economy springing up anew, many of the country’s poor fell back on benefits from the government-funded Bolsa Família program. However, some who ended up back in poverty while trying to provide for their families, complained that the program denied them monthly aid due to ineligibility, Reuters reported.

Also in 2021, the administration of Brazil’s President Jair Bolsonaro (elected to that office in 2018) expanded welfare payments through the Auxílio Brasil program. The current administration promotes the program unabashedly throughout some of Brazil’s poor districts. Indeed, Auxílio Brasil allotted for the poorest Brazilians a payment of R$400 ($85) per month, a 75% increase on what the previous Lula-era Bolsa Família program paid out on average.

However, there are concerns about whether or not the new government program will live up to its lofty expectations. If not, the administration might declare a state of emergency. “This would enable Bolsonaro to avoid fiscal guidelines with a view to improving the Auxílio Brasil handouts” probably as much as R$600, according to Businesslend.

Government aid programs in Brazil, such as the selective Bolsa Família stimulus allowances attest, show varying levels of efficacy, and the country’s poor views them as an irritation at times. Welfare programs, whether backed federally or internationally, have, nevertheless, paid off for certain communities while their stability is not always a given.

At the end of June 2022, a report came that the United Nations’ International Fund for Agricultural Development (IFAD) assisted “around 257,000 rural families to overcome poverty in Brazil from 2016 to 2022.” An invested budget of $453 million allowed IFAD to establish six distinct projects dealing with rural development.

As the fourth largest global food producer, Brazil relies heavily on agricultural goods both for its own population and for exporting internationally. The vast majority of agriculture in the country comes from family-run farms, which produce 70% of the foodstuffs Brazilians eat. Unlike big-time agribusinesses, the family-operated farms of Brazil generate jobs in their local communities. Family farming employs 70% of Brazil’s rural workforce. Conservationists and other analysts frown upon what they perceive to be an overemphasis on industrialized agriculture, citing the benefits of family farming.

Given that family-owned farming is the backbone of the country’s agriculture, IFAD’s aid was all the more impactful since, in order to help Brazil’s poor, it focused on rural farming communities – social hubs known for their regular employment and food production. Rossana Polastri, the relevant regional director at IFAD, said the success of the program “was possible due to the strong commitment of the federal and state authorities to family farming as a way for rural poor populations to lift themselves out of poverty,” IFAD reported on its website.

On the updraft of its recent success, IFAD has also supported the Amazon Sustainable Management Project, a program intended to reduce rural poverty and deforestation in the Amazonian region, according to IFAD’s website. The success enjoyed by several aid programs in Brazil shows that, with proper planning and the right means, these programs can do what they say they can – reduce poverty.