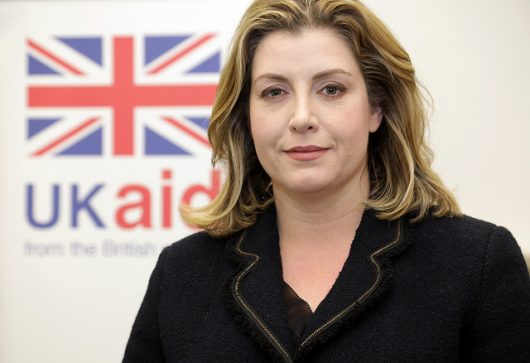 As public sector debt in developed countries continues to rise, foreign aid has become a target for activists and policymakers seeking to cut spending. The aid budget of the United Kingdom is no exception, with critics claiming that spending on foreigners is wasteful and contrary to national interest.

The country’s Department for International Development (DFID), responsible for administering overseas aid, has rejected calls for cuts in spending by emphasizing that aid creates markets that will ultimately consume British goods and provide higher returns for British investment.

As one of six countries to reach the United Nations target for international aid spending of 0.7 percent of gross national income, the U.K. is a major contributor to worldwide aid spending. The leadership role the country plays in international aid was bolstered by the passing of a 2015 bill that enshrined the spending target into law, committing the country to sustaining current levels of spending as a share of the economy’s size.

However, in a political environment where nationalist sentiment is rising, exemplified by the 2016 Brexit referendum, prominent U.K. politicians have called for a reduction in foreign aid spending. Jacob Rees-Mogg, a Member of Parliament of the Conservative Party and potential future party leader, has said that with the government budget running a deficit, aid levels are an insane and a costly mistake.

Facing this criticism, Penny Mordaunt, the recently appointed head of DFID, has pushed back, contending that the aid is a moral obligation that also serves British interests. In an April 12 speech laying out her vision for U.K. aid, Mordaunt said that improving global health, security and income is linked to British prosperity and that promoting these goals abroad provides lasting benefits for the U.K.

Mordaunt’s speech also explained how aid creates markets in conjunction with the private sector. Aid will be directed to help African companies to acquire loans through British financial markets, encouraging British investors to direct more capital to the region and spurring economic development. By proposing an aid plan in which British investors could achieve higher returns, DFID is hoping to illustrate another channel through which an aid budget is mutually beneficial to both the donor and recipient countries.

Critics have cautioned of the dangers of conflating national and foreign interests in aid work. In response to Mordaunt’s speech, Tamsyn Barton, chief executive of an international development network representing NGOs called Bond, told Devex that aid programs focused on serving national interests are inherently less effective than those focused on the primary goal of improving conditions in affected countries.

Mordaunt does clarify that aid will not be conditional, stating in her speech that tied aid is bad for U.K. competitiveness and for the recipient nations, but observers such as Barton have warned that this distinction should be made explicit.

Even a country such as the United Kingdom, which has enshrined its commitment to foreign aid in law, faces pressure from domestic critics to redirect this funding home. In highlighting how aid creates markets that benefit the home country, Mordaunt and the DFID are seeking to show that the decision between spending at home and spending abroad is a false dilemma.