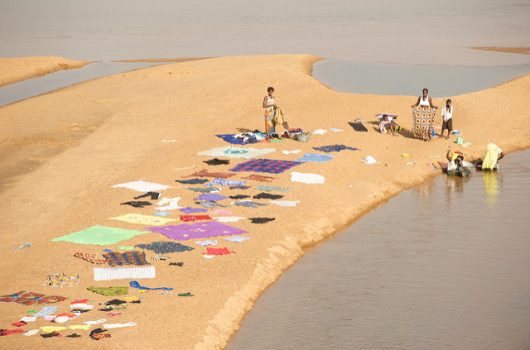 Niger is one of the poorest countries in the world, ranked last on UNDP’s 2015 Human Development Index — nearly 20 percent of Nigerien population cannot meet their food needs due to insufficient production. Less than 12 percent of the land in Niger is actually fertile, and there is an expected 33 percent decrease in agricultural activity in the next 50 years.

According to World Bank, the best way to help the situation is to grow drought resistant crops and come up with new ways to store water.

However, these efforts may be challenged by the conflicts spilling in from three of Niger’s neighboring countries. The conflict in northern Nigeria has relocated many chronically malnourished people into the Lake Chad area. Fighting has crossed over the border, worsening local food insecurity and endangering host communities, refugees and humanitarian workers.

Access to clean water is nearly nonexistent. Lack of food and water has caused malnutrition, disease, flooding and displacement — all of which contribute significantly to poverty in Niger. Many families are unable to provide the basic needs of food and clean water for their children. Save the Children is working to alleviate suffering among child refugees, returnees, internally displaced children and locals through health and nutrition programs, among others.

The World Food Programme has been working with Niger since 1968 to alleviate hunger and malnutrition.

Oxfam has also assisted in reducing poverty in Niger for 25 years. They raise money to implement an education system and pastoral communities by means of lobbying and demanding accountability from the states.

Oxfam is using the media to promote a strong social society through political participation and reducing gender-based violence, women leadership and promoting sexual equality. They are installing a water system to provide clean drinking water for essential activities.

With a continued effort to reduce poverty in Niger, these organizations and other coordinated global forces will hopefully be able to make a lasting difference in the lives of these vulnerable people.