Tag Archive for: Ai Weiwei and the Refugee Crisis 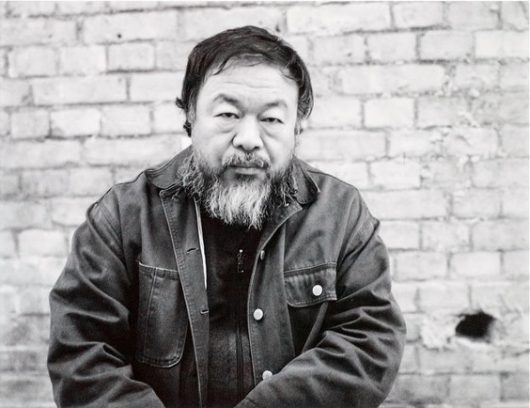 Ai Weiwei, perhaps the most important artist alive, has found an interesting topic of study over the past couple of years: the global refugee crisis. Ai’s work has always had a social bend. He has shown his disdain and criticism of the Chinese government, particularly after the Sichuan earthquake, in many of his previous art pieces. In fact, his political activism even landing him in jail for 81 days.

In recent years, however, he has been working outside China in either a subterranean studio in Berlin or working in New York with the Public Art Fund. Ai Weiwei and the refugee crisis are hardly a surprising pair. Though he is veering away from the domestic politics that prompted many of his earlier works, tackling the global refugee crisis, nonetheless, inspires the same poignant and emotionally resonant works for which Ai has become internationally celebrated.

Ai’s art is certainly deserving of its reputation. “Remembering,” perhaps one of his most famous projects, was a massive art piece created in response to the Sichuan earthquake. Ai lined up thousands of backpacks along the Haus der Kunst in Munich. Each backpack represented a child who was lost in the earthquake. In addition, the backpacks spelled out a sentence written by one of the victim’s mother: “All I want is to let the world remember she had been living happily for seven years.”

The sensitivity Ai showed in focusing on the tragedy of a large number of people while highlighting the individual—in that case, the child’s mother—is how he has been able to approach the global refugee crisis. It is also that level of sensation, that which marked “Remembering” as an art piece, that should keep Ai Weiwei and the refugee crisis in the headlines.

Ai Weiwei and the Refugee Crisis

Ai Weiwei has responded to the crisis with several art projects and a documentary film, “Human Flow,” now available for streaming on Amazon. The documentary, as well as the project of combatting the refugee crisis, is ambitious. It is grand. It is wide in scope.

The film opens with an aerial shot of the sea. A refugee reception is soon underway as refugees come ashore from their boat on that sea. The image, the tiny heads adrift surrounded by impossibly small waves, conveys the immeasurability of the scene. Yet, as the film progresses, faces are visible, close-up. And, for a moment in this opening see, the audience sees the director.

The film isn’t just about the refugee crisis; it is about the international figure Ai Weiwei and the refugee crisis. He, the director, appears in many crucial scenes throughout the film. It is his documentary and his exploration of the crisis. Yet, his image is used sparingly. The audience sees him react to people organically; they see his emotional reactions, but the focus is always on the other people—the refugees.

The documentary spans several countries and jumps from location to location; not creating a story, but an especially moving tapestry of lives woven together by the different crises they experience. Close-ups highlight the individual while aerial shots from drone cameras create a sense of scale.

As part of his work for New York’s Public Art Fund, with proceeds also going to the IRC and the UNHCR, Ai Weiwei used portraits of 300 of the refugees he encountered doing research and creating the documentary to create banners on display around the city. The banners are part of his “Good Fences Make Good Neighbors” exhibition, in which the artist also created several fence or cage installations around New York City as a commentary on the tendencies to not treat refugees with the respect and humanity they deserve.

Moreover, the images of individuals, used as part of a massive and publicly accessible art projects deal, are a testament to the massive scale of the crisis, and yet they imbue the subject, the refugee, with individuality and emotional resonance. These pieces are guaranteed to be seen when walking around New York.

The documentary and his other art projects serve to create and propagate awareness. It is not just an awareness of the refugee crisis, but of the otherwise unseen humans who are affected by the crisis. It is the emotion behind the art of Ai Weiwei and the refugee crisis itself that needs to be shared. And a readily streamable documentary along with a strong public art project serve as excellent ways of spreading awareness. His work can be seen as a call for action to address the needs of the global poor and the world’s refugees.

Ai Weiwei is far from finished making a statment on the refugee crisis. His next project, entitled “Laundromat,” will be in Qatar. The artist uses 2,046 articles of clothing left behind by refugees when fleeing the Greek island of Lesbos. In an email interview about this new project with the New York Times, Ai asserts this call for action, noting “We cannot reject the idea that humanity is one.”