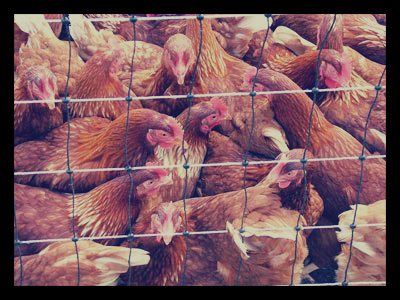 Guanajuato, a state in the center of Mexico, is proud of its agricultural sector. However, a recent outbreak of avian flu has forced the Mexican Government to slaughter nearly 500,000 fowl to prevent further damage.

Senasica, Mexico’s National Food Health, Safety, and Quality Service, has vaccinated nearly 200,000 other birds to protect them from infection. This strain of avian flu was called “highly pathogenic” by Mexican health authorities. As a result, intense inspections are being carried out in nearby areas, with experts analyzing over 2,500 recently taken samples from more than 20 farms.

Mexico has seen a few outbreaks of avian flu over the past few years. In March 2012, 22 million hens had to be slaughtered, which resulted in economic instability due to the shortage of some staple goods like chicken and eggs.

This strain of avian flu is called AH7N, a different type of the disease than the one which has received much world attention in recent years (H5N1). Senasica will continue to provide vaccinations, even for “areas with no presence of the virus in an effort to prevent the spread of the disease.”