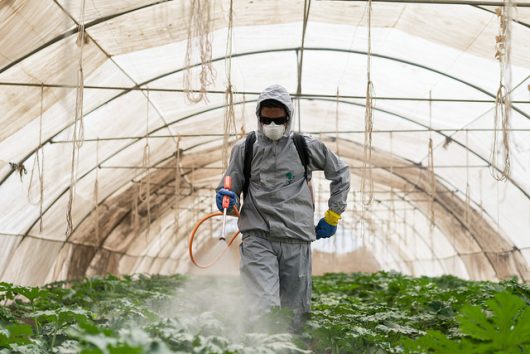 Not so many people are aware that poverty exists in almost every place in the world, and not so many people realize what it means to be living in extreme poverty. Most commonly pictured is a group of poor, dirty people who are noticeably hungry and ill in their thin stature.

The sobering truth is, though, that many of the poorest people in the world actually live this kind of life. In order to improve such conditions, it is necessary to include environmental contributors to methods of sustainable development.

The standard of living generally entails compilation and analysis to self-reports on the overall satisfaction of life, wealth and health statuses. A multitude of people living in extreme poverty report that they are unsatisfied with their living conditions. Around 25 percent of respondents to a survey said that a family member was in need of medical attention. Rates of people working more than one job, not having desired personal possessions and electricity were also gloomy.

Various ailments among those living with the lowest standards of living exist hand-in-hand with the state of that environment. For example, treating a patient for diarrhea is not too draining of a process, but finding the cause of diarrhea within that individual’s environment and eliminating that cause requires a higher amount of patience.

In the text below four examples of environmental inadequacies that exist in most areas of extreme poverty are presented, each with their own issues. Along with them is a key to moving forward in the sustainable development of these communities.

Contaminated drinking water, poor hygiene and lack of sanitation are common water-related issues for people in many parts of the world. Unsafe water leads to many issues such as diarrhea, nausea, cramps, dehydration and other gastrointestinal related illness.

In order to implement safe water into sustainable development, proper infrastructure needs to be taken into consideration. Plumbing is a basic necessity to transport and store water safely.

World Vision is an organization that helps communities in need get working wells. SODIS is a solution that gives people a way to become self-reliant in preparing their own safe drinking water.

Air in homes or commercial areas unsuitable for breathing is frequently caused by the burning of solid fuels, smoke or other toxins. These conditions lead to respiratory infections, chronic pulmonary disease, asthma and even cancer. Such conditions lead to around 1.6 million deaths each year around the world.

Burning of safer (liquid) fuels would be the most effective and sustainable development solution to this condition. Other changes to occur would include ventilation systems and changes in heating and cooking appliances.

Inadequate monitoring of dangerous pesticides has become an issue mostly only for underdeveloped areas. Due to the lack of regulations or means to enforce any regulations that are in place, struggling countries are ill-equipped to fight this battle. Contact with some of the most dangerous pesticides or contamination of foods, soil and water is poisoning people, causing as many as 335,000 deaths per year.

The most important way to combat this challenge is to educate policymakers and landholders in these areas of danger and offer a safer solution, such as approved pesticides.

Insufficient agriculture techniques, overhunting and deforestation all lead to disaster for those involved. When people are struggling for survival, sustainability becomes a luxury. When land is overused to degradation, there becomes an even more severe shortage of resources to compete for, meaning hunger and chronic malnutrition all can lead to a plethora of health issues.

Implementing more sustainable development for farming and agricultural can make a huge difference in this area. Programs such as the Global Food Security Act have been put into place to directly aid in global hunger.

Campaigns like The Borgen Project exist for the good of recognizing and reducing global poverty. Developed nations around the world have policies for foreign aid. Sometimes the goal is empowerment, education, improved health, decreased hunger or helping a nation enter the international market.

Every part of these goals is important to end poverty, and another concept of incorporating environmental awareness with health policies is becoming more popular when addressing sustainable development.

There is a multitude of treatable issues in undeveloped nations. For example, if people had access to vaccines for a given disease, then that disease could be directly managed by simple preventative care. Even though difficult health problems exist, undeveloped nations are making steady and sure progress towards truly improved health care.