Tag Archive for: Agriculture in Guinea-Bissau 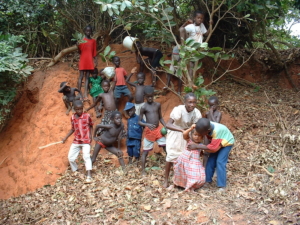 Guinea-Bissau is a small West-African country with a population of fewer than 2 million. Senegal borders it to the North, Guinea to the East and South and the Atlantic Ocean to the West. The country gained its independence from Portugal in 1974. Since then, continuous instability and frequent coup d’états have marked its political history. Moreover, Guinea-Bissau, suffers from high levels of poverty, economic fragility and a dire lack of medical and nutritional resources, ranking it among the poorest nations in the world. Here are five key facts about poverty in Guinea-Bissau.

5 Facts about Poverty in Guinea-Bissau

Fortunately, organizations such as UNICEF continue to work to improve living conditions in many areas of Guinea-Bissau. For instance, in an effort to address malnutrition and poor health outcomes among the children of Guinea-Bissau, UNICEF has been working closely with the country’s Ministry of Health. One can clearly see this through UNICEF’s provision of Vitamin A and deworming supplements for children under 5. In the area of education, UNICEF in partnership with other organizations, led efforts in training schoolteachers and school inspectors in coordination with the country’s Ministry of Education, targeting indications like education quality and retention rates.

Despite its strategic location and natural resources, Guinea-Bissau remains far below its economic and social potential. Poverty in the West-African nation has clearly constrained its ability to make tangible progress in several developmental indicators. To alleviate the long-term implications of its political instability, food insecurity and child health among others, it is essential that poverty in Guinea-Bissau remains within the focus of international aid and development initiatives in the future.