Tag Archive for: Agriculture in Egypt 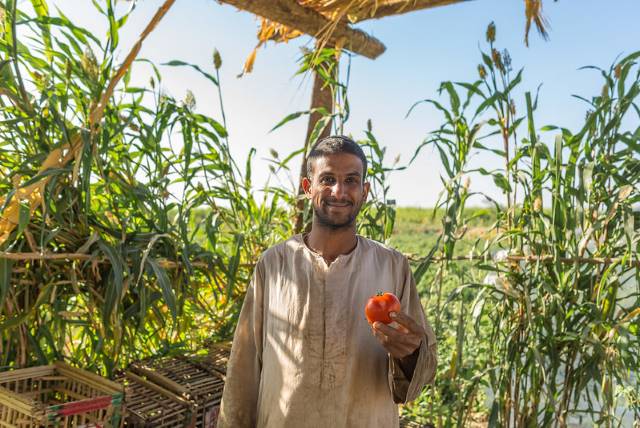 Improvement in agriculture is essential to fighting poverty in developing countries. Agricultural growth leads to economic growth which results in employment opportunities and improves food security. Agriculture is a major component of the Egyptian economy. Agriculture in Egypt accounts for 11% of gross domestic product (GDP) and 23% of all jobs. In Upper Egypt, 55% of employment is related to agriculture. In addition, more than half of the population in Upper Egypt is living under the poverty line. Expansion of agriculture through technological innovations can help productivity and alleviate poverty in all areas of Egypt.

The Nile River provides Egypt with 70% of its water supply. In a 2019 report, measurements determined that agriculture uses more than 85% of the country’s share of the Nile, according to the Egyptian Center for Strategic Studies. However, due to drought, Egypt is “water-poor” because it provides 570 cubic meters of water per person per year. A country is water-poor when people do not have access to a sufficient amount of water, which is less than 1,000 cubic meters a year.

In 2020, to combat the water shortages, a government project that the Ministry of Water Resources and Irrigation and Cairo’s MSA University developed, launched a mobile app that receives data from a sensor buried in the soil to detect moisture levels. This technology allows farmers to tell whether or not their crops need water, preventing excessive watering of crops. This modern irrigation method will lead to reduced water consumption, lower production costs and increased crop productivity, which will improve agriculture in Egypt.

In 2019, the Food and Agriculture Organization (FAO) and the Egyptian government launched a program to enhance agricultural productivity through digital technology. Implementation of digital technology helps farmers access information to better manage crops and livestock and thus help them make better agricultural decisions. Digital technology also helps to enhance food security by reducing production costs and waste. It also increases crop productivity with the availability of accurate data to calculate production activities like estimating the daily needs of irrigation and fertilization.

Information Communication Technology (ICT) applications facilitate the flow of information to farmers, provides services to farmers and expands access to markets. With the help of several research institutions of the Agricultural Research Center, the program converted technical content into digital content that one can access via mobile application. With the adoption of mobile applications, agriculture in Egypt will expand as a result of increased access to resources.

The Ministry of Agriculture and Land Reclamation (MALR)lead the 2020 to 2023 Agricultural Innovation Project (AIP). The initiative aims to promote innovations in technologies to improve several issues in agriculture. These issues include inefficient farming techniques that lower farm output and food production and other inhibitors of processing crops like poor post-harvest facilities and marketing infrastructure. The focus on creating innovative solutions will increase income for small-scale farmers in Upper Egypt.

The project supports digital access as a technological innovation so that farmers can better understand and access information surrounding the market and input supply. In addition, the project works closely to support small-scale farmers by improving market access for smallholders and improving institutional support.

Overall, food insecurity and poverty can reduce over time with the expansion of agriculture in Egypt by means of technological innovations. 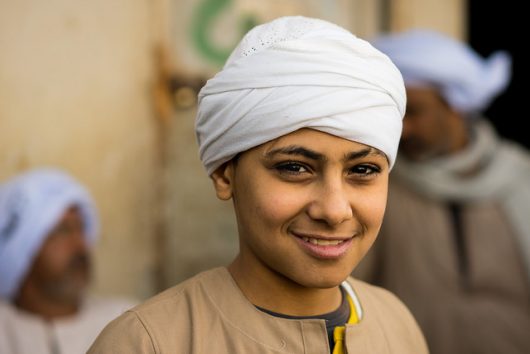 In the wake of the political turmoil brought on by the Arab Spring, Egypt has struggled to maintain economic stability. Even after years of recovery, 28 percent of Egyptians live in poverty and 12.5 percent are unemployed.  Unfortunately, children bear a large brunt of the crisis. The World Food Programme (WFP) found that nearly 31 percent of Egyptian children under five are considered malnourished. To combat this, the WFP, USAID and other organizations are stepping in to help schools, farmers and more fight child hunger in Egypt.

According to the WFP, 16 percent of Egyptians have inadequate access to food. This shortage affects all Egyptians, but especially families living in the rural Northern region of Egypt. In rural Egypt, 21.3 percent of the population has poor access to food.

To help alleviate the effect this shortage has on children, the WFP and the Egyptian government are working on providing free school meals to children who attend community schools – rural, one-room schools common in Northern Egypt.  This initiative helps feed hungry children and encourages families to continue to send their children to school even in hard times.

Recently, Egypt has had an influx of refugees escaping the civil war in Syria. These families are often in dire need of help and, as a response, the school meals program was expanded to include refugee children attending schools of all kinds. This is part of the wider Syria Refugee Regional Response program, which aims to train refugees in vocational skills that hold value in the market.

Agriculture is an integral part of the Egyptian economy and an important factor when tackling child hunger. Agriculture makes up 14.5 percent of the annual GDP and accounts for 28 percent of all jobs. Despite this, most farmers operate on a small scale and use traditional methods of farming that do not always line up with international standards. Examples of this include using too much or an incorrect type of chemical, resulting in poor yields and soil.

USAID has been working closely with these farmers as a part of its Feed the Future approach to sustainable food supplies. One way the group aims to create sustainability is to focus on farmers growing high-value crops such as tomatoes or green beans. USAID also helps farmers adjust their plans according to the market and needs of their buyers.

Transportation of crops is an issue in rural Egypt, where there is little infrastructure in place to carry goods across the country in temperatures that can sometimes be above 40 degrees Celsius. In response, USAID has helped build small storage houses in rural Egypt where local communities can store their crops more effectively. This process cuts down waste significantly, allowing farmers to bring in a bigger profit, reduce waste and feed their surrounding areas.

Moving Toward a Fuller Future

With proper farming strategies in place, rural Egyptians are positioned to feed their surrounding areas and their families, helping stop child hunger in Egypt while supporting the agricultural economy as well. Organizations such as the WFP and USAID are working together with both farmers and the government to provide food to those who need it most in a sustainable manner. This includes reforming farming practices and implementing programs that encourage students to go to school while providing meals to Egypt’s most vulnerable children.