Tag Archive for: Agriculture in Cuba 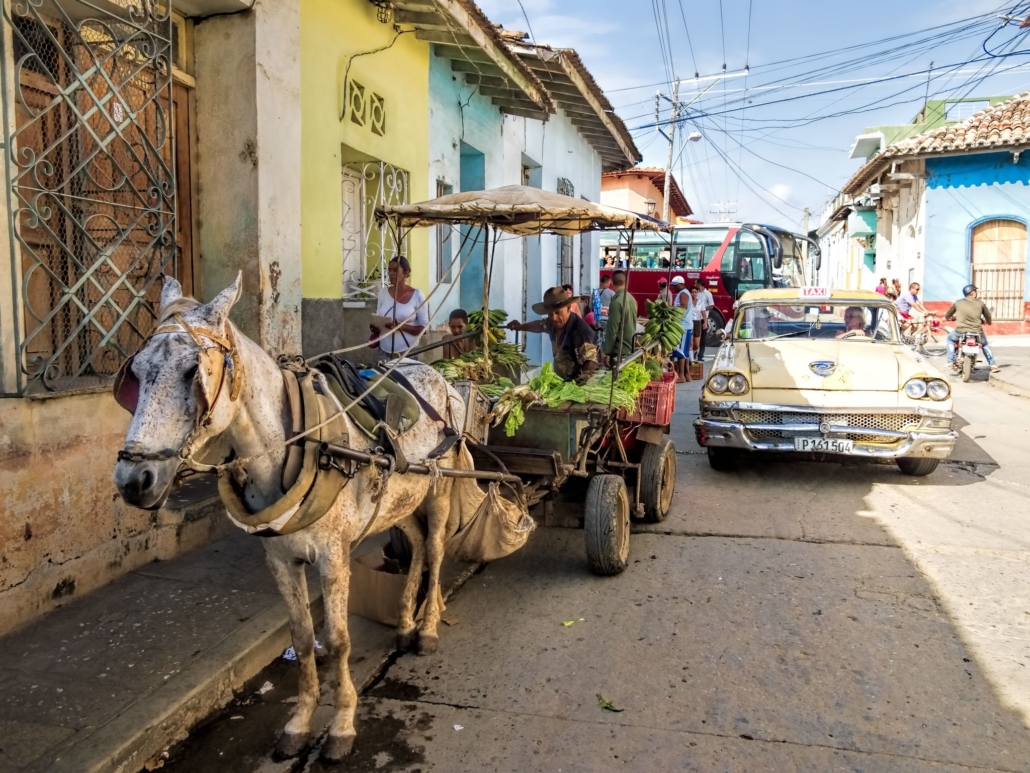 Since the end of the Cold War, food security in Cuba has been a difficult feat. Though the island country still imports 70 to 80% of food requirements, the implementation of creative farming solutions helped Cuba cope with chronic shortages by becoming more self-sufficient. The growth of these practices coupled with social protection programs helped Cuba nearly eradicate hunger in the last decade.

However, Cuba struggles with food insecurity now more than ever. The COVID-19 pandemic caused shortages in food imports and U.S. sanctions resulted in the inability to produce adequate farming harvests. Facing these challenges, Cubans demonstrate their resilience and their ability to adapt and overcome the struggles they face.

Cuba’s farming innovation dates back to the end of the Cold War when the collapse of the Soviet Union meant the loss of Cuba’s largest trading partner. At the same time, the U.S. imposed sanctions on Cuba that restricted its food imports even more. These two factors culminated in an 80% loss of international trade, leading to a dangerous food shortage that inspired Cuba’s organic farming movement. To stave off hunger and malnutrition, Cubans turned to organic farming in urban and rural areas. Small and often family-operated urban farms brought nutrients to the inner cities while rural farmers focused on generating a sustainable and high-yield output of staple crops.

To avoid having to rely on imported farming supplies, Cuba’s organic farmers use local supplies in practices like worm compost, biopesticides and soil conservation. Through these measures, Cuba grew its farming sector and became a pioneer in sustainable agriculture, even leading some experts to believe that other countries could successfully apply Cuba’s technique. However, factors such as obsolete farming technology are still limiting Cuba, leading to low productivity and high post-harvest losses, and a minimally diverse diet that contributes to malnutrition. Despite its limitations, Cuba’s organic farming movement has overall contributed to growing food security stability in the last two decades and has become a model for other communities.

US Sanctions and COVID-19

In 2020, food security in Cuba has once again come under intense stress, as the COVID-19 pandemic has coincided with tighter U.S. sanctions. Overall, Cuba’s COVID-19 response has been effective in controlling the virus, but diminished food imports affected food security. To make matters worse, sanctions have disabled Cubans from efficiently producing their own food. The U.S. has held trade embargoes against Cuba since the 1960s, but restrictions have escalated in the last few years. The restriction that is currently impacting Cuba’s food crisis the most is a sanction imposed on companies that transport Venezuela’s oil to Cuba. This oil shortage is making it difficult for farmers to power tractors and other machinery, preventing them from efficiently tending to their crops.

Facing another food crisis, Cubans are once again turning to self-sufficiency and innovation. In an effort to conserve oil, some farmers are returning to traditional methods and utilizing oxen to plow fields. Others are changing the crops they plant and opting for lettuce and cabbage, which are easier to plant and harvest by hand than Cuban staples like rice or black beans. Many residents are repurposing their yards and planting crops like sweet potatoes and other root vegetables to replace staple crops.

The Cuban government has made efforts to support the farming sector and improve food security, but the state’s highly centralized structure is hampering food production by imposing too many controls on farmers. In the past, the Cuban government made efforts to improve food security, such as through social protection programs that include access to monthly food baskets, quality school meals and maternal health care. However, these programs rely on imported foods, causing them to strain the national budget and to be susceptible to disruptions in imports.

It has also made state-owned land easily available to increase the number of farms on the island. However, Cuba’s farming revolution’s strides often go to waste, because the state is responsible for purchasing and distributing food and has received criticism for wasting food and disincentivizing production. As a result of these concerns, Cubans are currently hoping that the current food crisis will push the government to reform its food system, which remains highly centralized.

Cuba has historically struggled with severe food insecurity and frequently has to innovate to feed its residents. Its farming practices have saved Cubans in times of serious need and are doing so now after food supplies have dropped dangerously low due to the COVID-19 pandemic and heightened sanctions. Despite their resilience, Cubans are urging for food system reforms to promote food security in Cuba.