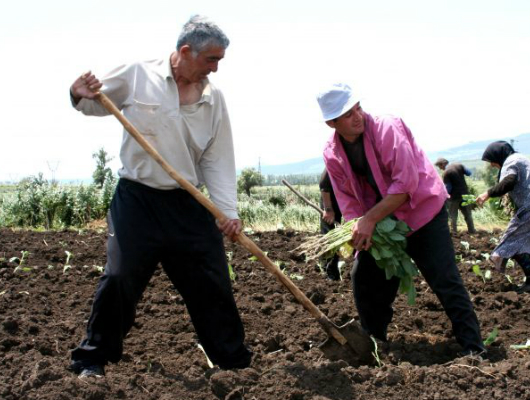 The Land for Agricultural Development Project in Bolivia granted more than 150,000 hectares of land to poor farmers and indigenous people. Consequently, the average family income increased by 39%.

The program, which lasted seven years, initially focused on decentralizing the land market so that poor farmers and indigenous people were able to make purchases.

Over the course of the project, however, the changing market made land prices unaffordable, so the program expanded to include leasing, sharecropping and technical assistance in commercializing its products and investing in agriculture and livestock.

The U.S. $15 million program also promoted the involvement of women. Women participated in training programs focused on agricultural and administrative skills. By the closing date of the project, Sept. 15, 2014, women’s involvement had reached 38%.

The 39% increase in the average family income is a result of 2,891 families becoming beneficiaries of the program, and also the investments they made in livestock, agriculture and agroforestry. This contributed to sustaining the livelihoods of families and, in the long run, ending the generational cycle of poverty.

The “Implementation Completion and Results Report,” released on March 12, 2015, revealed that the Bolivian government’s commitment to eradicating extreme poverty and empowering indigenous people was very instrumental in the success of the program.

When President Evo Morales came to power in 2006 he made the distribution of agricultural lands to poor and/or landless farmers and indigenous people one of his priorities. However, indigenous families were still struggling to sustain living because of the privatization of land markets.

Morales expressed gratitude for the partnership with the World Bank following the New 2012-2015 Country Partnership Strategy. He stated that “[it is time to] give power economic power to social movements, especially in rural areas where historically we have been abandoned.”