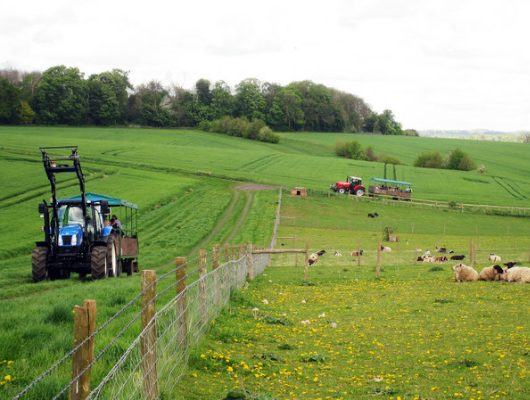 The Food and Agricultural Organization of the United Nations (FAO) updated its social protection plan by adding agricultural and rural development measures.

The Millennium Development Goals (MDGs) on reducing poverty have been met by many developing countries; however, there are still high levels of extreme poverty in Sub-Saharan Africa and South Asia.

Evidence has shown that the three elements of the FAO social protection program: social assistance, social insurance and labor market protection, are very effective in reducing poverty and hunger.

In 2013, the program helped relieve up to 150 million people out of extreme poverty.

The most common form of social protection in developing countries is social assistance, which provides conditional or unconditional cash transfers to households and individuals.

These incentives account for large income losses and lack of savings when farmers are unable to produce enough to survive.

“Most of the world’s poor and hungry continue to live in rural area. According to the World Bank, about 78 percent of the planet’s poor are found in rural areas”, stated FAO Assistant Director-General Jomo Kwame Sundaram.

Rural households depend on subsistence agriculture to survive; the cash incentives provided by the FAO have proven to encourage households to invest in the education and health of their children.

These acts help end the generational cycle of poverty and bring FAO closer to achieving the first “Zero-Hunger Generation” goal.

The FAO social protection program has also allowed impoverished rural farmers in developing countries to weather the effects of external shocks such as floods, pests, droughts and price volatility.

José Graziano da Silva, FAO Director-General, stated that “With climate change, the shocks happen year after year; it eats away at the capacity of rural poor to cope with it.

Social protection offers poor families a kind of buffer to protect them from external shocks.”

The most recent edition of The State of Food and Agriculture 2015 explains how the addition of agricultural and rural development measures to the social protection program will sustainably move people out of poverty and hunger.

The report illustrates that agricultural input subsidies, such as fertilizer, have been well received across Africa, Asia, Latin America and the Caribbean.

There was an increase in food and fertilizer costs in 2007-2008, so the FAO agricultural incentive was instrumental in providing food security for rural households.

The report also addresses the issue of credit and how little of it is allocated to agricultural needs.

It goes on to emphasize that “leveraging public expenditure on agriculture and social programs” is imperative in strengthening agricultural and rural development.