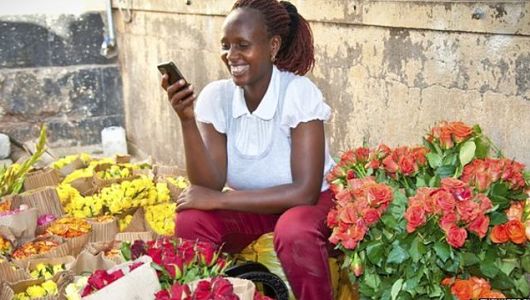 Farmers across the globe have begun to use new agri-tech to aid them in relaying agricultural information, and with climate change becoming an ever-increasing issue, smallholder farms can use all the advice and support they can get.

This is why GSMA’s m’Agri program is currently funding a program called Airtel Kilimo or Airtel Agriculture. The purpose of this project is to improve smallholder farms’ productivity and income. It makes use of mobile technologies to pass along relevant and timely information that is so relied upon.

“A farmer helpline provides high quality and supporting information to farmers, enabling them to make more informed decisions when preparing the ground, planting, pest management, harvesting, post-harvest and marketing of the produce.”

This practice has taken hold in Kenya and is often referred to as ‘telephone farming’. Other projects that follow the same initiatives such as IBM’s EZ-farm project have gone so far as to produce sensors to be placed around farms that monitor water levels. Also, agri-tech can measure rates of photosynthesis, which determine whether crops have too much or not enough water, and send the data through a cloud to any smartphone.

BBC’s Tom Jackson reports “More than 80% of sub-Saharan Africa’s population is engaged in farming, but there are just 70 agricultural researchers for every million people, according to the Alliance for a Green Revolution in Africa.” With all of these technological advances, those statistics can change dramatically. More people could be inspired to become agricultural researchers, which could result in more advanced agri-tech and improved data readings.

According to Stephen Kigaru, a Kenyan farmer, this project definitely has a lot of untapped potential. Soon, agri-tech will be advanced enough that a mobile phone won’t be necessary. Most importantly, these technologies will be more accessible to those in need of them.