Tag Archive for: Aging and Poverty in Asia 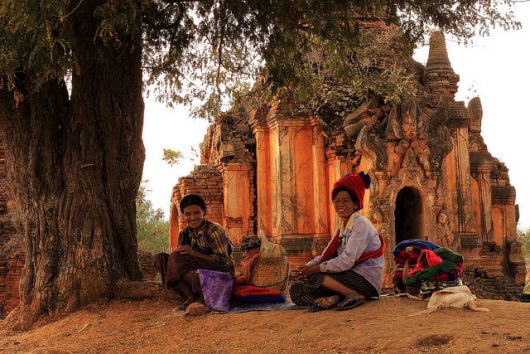 As Asia sees an encouraging decrease in poverty, it now faces new problems it didn’t have to worry about a few decades ago: a quickly aging population. As a result, the workforce will shrink significantly and elderly care may become more of a burden on young people. What does this mean for aging and poverty in Asia? This article aims to discuss the challenges of aging in Asian countries and to situate the problem of poverty reduction.

The Speed and Scope of Aging and Poverty in Asia

The Asian population is aging at a speed history has not yet witnessed. According to a report released by the United Nations Economic and Social Commission for Asia and the Pacific (ESCAP), it only took forty years for the percentage of elders in Japan to triple, while a similar process took place over the span of about 150 years in France. According to estimates, the dramatic demographic change will take even fewer years in China and Korea.

More than half of the world’s senior residents over 60 years old are living in Asia and the Pacific. By 2050, the elderly population of the world is expected to grow over two billion, and about 1.3 billion will be in the Asian and Pacific region.

Potential Consequences of Aging in the Context of Poverty

Aging and poverty in Asia are closely related. According to a 2012 Peking University report, 22.9 percent of the elderly population live in poverty in China. The report also said that senior citizens living below the poverty line are more often in need of daily care and assistance with everyday activities since there is a negative correlation between poverty and health.

The poverty rate among people over 65 years old is around 19.4 percent in Japan, and among the elderly poor, women are especially at a disadvantage. The proportion of the poor among the elderly in the Republic of Korea is as high as 49.6 percent.

In Japan, young people who were not poor become vulnerable to falling into poverty during old age. According to a 2013 Japan Institute of Life Insurance study, over 80 percent of those surveyed were concerned that there wouldn’t be enough pensions after they retire.

The aging process in rural areas is taking place faster than that in urban areas. Professor John Traphagan, a specialist of population movement in Japan from the University of Texas, points out that rural areas will likely be affected more significantly by poverty. Professor Traphagan, who conducts fieldwork in rural Japan, could already see the effects of aging on the elderly population in rural parts of the country: “I have met older individuals or couples who lack family living nearby or are uncomfortable living with their children who are living in very difficult conditions.”

What Needs to be Done

The national economies in the Asian and Pacific region will be hit with a shrinking workforce. It is necessary to encourage elders to work and to motivate more females to join the workforce, though the effectiveness of these policies is still unknown.