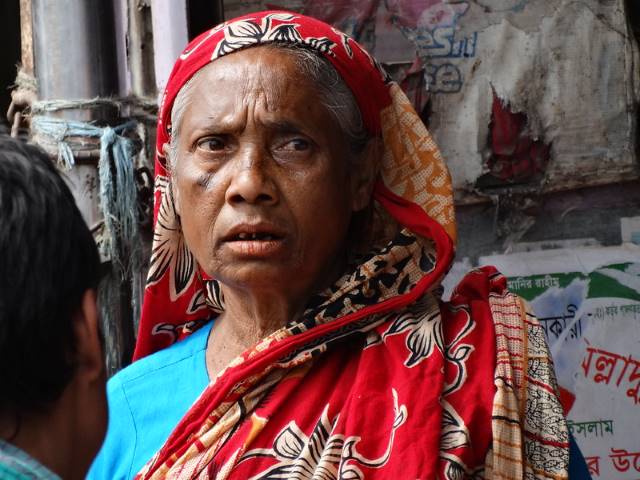 The world currently has approximately 720 million people over the age of 65. By 2050, about 22% (36 million) of Bangladesh’s people are projected to be in this age category. With this in mind, it is important that this growing demographic is taken care of. In particular, the poverty affecting the elderly in Bangladesh is a concern that should be attended to.

The organization notes that a considerable amount of the hardship inflicted upon older people in Bangladesh is due to natural disasters and extreme weather. Cyclones, floods, and heatwaves destroy the homes and livelihoods of elderly people. Additionally, HelpAge notes that elderly people in Bangladesh are often refused healthcare due to ageism within the country’s public health system.

Elderly people in Bangladesh also struggle to maintain a dependable income since finding employment is harder with age, especially with common and physically demanding jobs like rickshaw pulling or soil digging.  As in many other lower-income countries, elderly people in Bangladesh have to look for employment in old age due to inadequate livelihood support and insufficient social security measures.

While by no means exclusive to Bangladesh, another problem that the elderly face in Bangladesh is stigma, as pointed out by Dr. Atiqur Rahman. The stigma described is one that views the elderly as unproductive, unhealthy and needing intensive and constant care. Dr. Rahman describes the idea of the elderly being a burden as both morally and economically incorrect.

The Old Age Allowance (OAA) program is a government social pension scheme that assists the elderly in Bangladesh. Originally implemented in 1997, the program provides welfare payments to qualifying elders in order to help them get by. The overall size of the program was rather small at its inception, supporting about 400,000 people. Since then, the OAA has come to cover 4.4 million elderly in Bangladesh and the size of the payments increased from 100 to 500 Bangladeshi takas (around $6). Granted the growth is a step in the right direction, the program is not yet at a point where it can help in the broad sense. Elderly poverty has still increased since it started. The OAA program accounts for a minuscule portion of Bangladesh’s budget (0.53%) and covers only 2.25 million elderly people.

Additionally, much of the fund is going to the wrong people. A study by the University of Dhaka’s Bureau of Economic Research and HelpAge International discovered that elderly people who are not impoverished are getting 50% of the total benefits and about 33% of the fund is going to those who are younger than the eligible age. Another study found that local governments lack the knowledge and interest to properly target relevant beneficiaries most in need.

Organizations Supporting the Elderly in Bangladesh

HelpAge International provides early warning systems for potential natural disasters. In times of these disasters, the organization ensures the elderly have shelter, food and access to services. For long-term relief, HelpAge restores livelihoods by supporting small business enterprises with low-cost community loans. The organization also provides training for healthcare workers to treat conditions affecting the elderly and works on improving healthcare infrastructure and referral systems for the elderly.

The Care First Foundation is an organization that offers the elderly in Bangladesh risk monitoring, referrals, counseling, medicine and medical support, home care and activities. Its goal is to expand its initiatives to alleviate elderly suffering through proper community support and services.

With more support from organizations and improvements to the social support system provided by the government, the elderly in Bangladesh can thrive and not just simply survive.