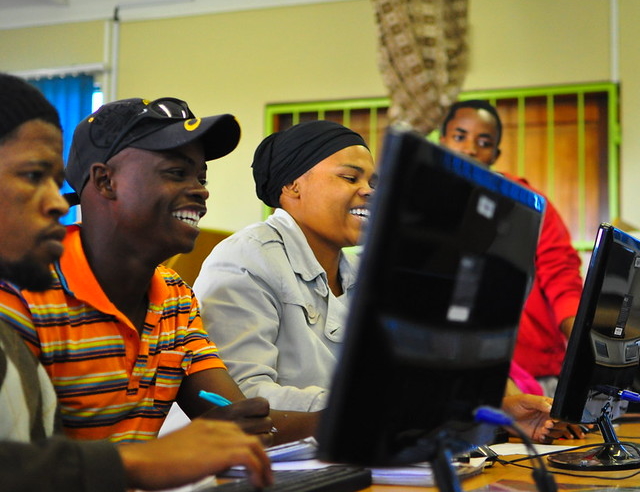 Digitalization is not new to the African economy. However, with the COVID-19 pandemic, the need to improve and expand Africa’s digital economy has become evident. With intentions to minimize the health and economic risks of the pandemic, African businesses are implementing strategies that will lead to the rise in digital transformation. Economic sectors such as banking, transportation, agriculture and telecommunication have already digitally evolved to adjust to the economic climate and health crisis. Most importantly, Africa’s digital economy contributes to the U.N. Sustainable Development Goals (SDGs).

The World Bank started the Digital Economy Initiative for Africa (DE4A) in mid-2019 to accelerate digital enabling achievements as part of the 2030 SDGs. As the COVID-19 pandemic transpired, the rise in digitalization laid expectations for more transformations in the coming years. With investments being made, Africa’s booming digital economy contributes greatly to the SDGs.

A digital economy would create more jobs, promote entrepreneurship and introduce new markets. Reaching DE4A’s targets would raise growth per capita by 1.5 percentage points annually and poverty would be reduced by 0.7 percentage points per year. In addition, this approach takes into account that only 27% of the African population has access to the internet. Increasing access to digital resources will be the focus of the five pillars of the DE4A. This includes digital infrastructure, digital public platforms, digital financial services, digital businesses and skills.

The African Union (AU) has launched the Digital Transformation Strategy for Africa (2020-2030). The initiative strives for a collaborative digital single market, building on the recent trade initiative, Africa’s Continental Free Trade Area (AfCFTA). This would facilitate the movement of digitized services and propel the expansion of internet access across the continent.

Notably, the initiative also promotes innovation and digital upskilling with development programs. The e-skills vocational program will reach 100 million Africans a year by 2021 and 300 million annually by 2025. This would not only integrate Africa into the digital era but create new opportunities for startup businesses.

An important tool to achieve the initiative’s objectives is collaboration with policymakers. The government plays an important role in the promotion of market transformation. As a result, the AU will propose actions to equip educational institutions with renovated technology, promote digital rights and security awareness.

Significant growth will occur when stable infrastructure is built for the 200 million people currently without internet access. Addressing this digital divide is how Africa’s digital economy contributes to the SDGs as it plans to build resilient infrastructure, create sustainable industrialization and foster innovation.

There are many investment opportunities in Africa’s digital economy as a myriad of sectors start transitions. For example, banking in Africa is experiencing major changes. Mobile-based digital banks provide access to transaction activity, savings, loans and other financial services. Banking in Africa is expected to increase to $53 billion by 2022 so long as digitalization continues, contributing to the DE4A’s digital financial service objective.

Additionally, large international corporations have set foot in Africa, which will further increase investment flow. In 2019, Amazon Web Service launched its first data center in Africa. Likewise, Microsoft expanded its cloud services and opened its first data centers in South Africa. With two of the biggest players in the global digital economy in Africa, increased access to methods for digital transformation for businesses becomes more feasible. Digital transformation in Africa has the potential to significantly reduce poverty on the continent.