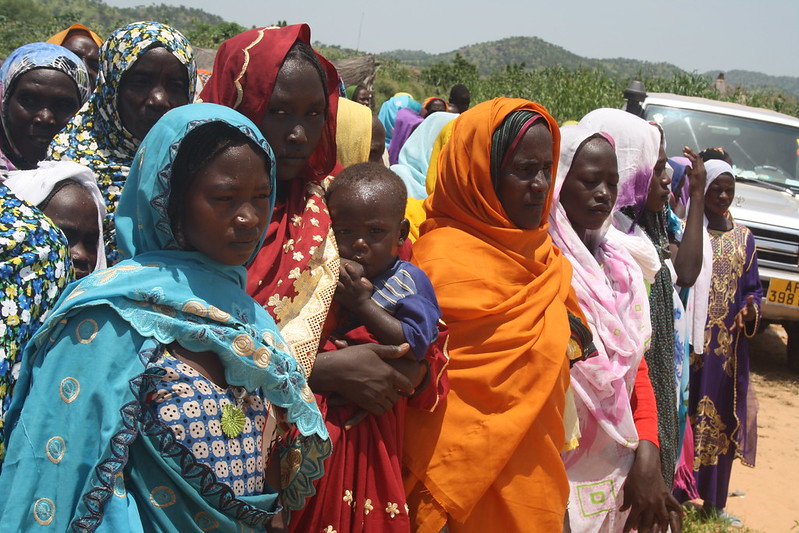 Chad, a landlocked country in Sub-Saharan Africa, is one of the poorest countries in the world. With a poverty rate of around 40%, Chad’s life expectancy is only 58.3 years. Only two million of the roughly four million people in dire need of assistance are actually receiving any. Additionally, Chad is surrounded by countries undergoing civil wars, putting further pressure on its infrastructure through refugee flows and inhibiting sustainable development in Chad.

Chad was also hit especially hard by the HIV/AIDS epidemic, with 120,000 people living with HIV in 2018. HIV/AIDS in Chad spread quickly due to a lack of healthcare infrastructure. The country has very few healthcare workers. There are only 3.7 doctors for every 100,000 people throughout the entire country. This is even worse in rural areas, given that healthcare workers are concentrated in just 1 region. In this 1 region, 65% of the entire country of Chad’s doctors practice medicine.

Fortunately, some organizations are stepping in order to try and solve this problem through sustainable development. These organizations believe that the best way to ensure that Chad can grow and reduce poverty is to build business infrastructure locally to create long-term growth. One such organization is Africare. Founded as a partnership between Africans and Americans in 1970, this organization has since grown to span much of the continent. Overall, they have donated approximately $2 billion dollars since 1970 towards developing the economies of 38 African countries.

The focus of Africare is on sustainable development, attempting to build enough capacity within countries to make sure the country can sustain itself and reduce poverty in the long term. One notable program in Chad is the Initiative for the Economic Empowerment of Women Entrepreneurs (IEEWEP). The IEEWP, founded in 2008 seeks to uplift communities by providing education, skills training, and economic assistance to women in order to allow them to start businesses. The ultimate goal is to foster sustainable development in Chad.

The IEEWP has been a big success. The projects to develop human capital have already generated returns. Within the first three years of its existence, 1,600 women were trained by the IEEWP, increasing their incomes by 60%. Africare has also encouraged women to become more involved and take more of a leadership role at a local level. One important way they accomplish this is by making sure that 95% of their field staff are women, thus ensuring that women possess a voice within the communities they serve. Putting women at the forefront of the organization, Africare hopes, can help create sustainable development in Chad.

The IEEWP works by partnering with local communities and entrepreneurs in order to support them. In one program, the IEEWP worked with a group of 18 existing entrepreneurs in order to start a restaurant. In 2006, 18 women, calling themselves “Mbailassem” or “God help us”, partnered to produce cassava together on a farm. Seeing their drive, the IEEWP decided to help Mbailassem start a restaurant in Southern Chad.

After initially assisting in running the restaurant, and helping with some financial objectives, the restaurant eventually became economically sustainable and paid their loans back within a year. The women of Mbailassem also succeeded in starting a new location of their restaurant, further improving both their own economic situation and the economic situation of the communities they are working in. Africare hopes that entrepreneurs like Mbailassem can help build sustainable development in Chad, and ultimately all across Africa.

Overall, Chad is struggling to see long-term growth across the country. However, progress on a smaller scale in individual communities concerning the growth of businesses shows some promise. Applying this same model in various communities across the country could help foster sustainable development in Chad.

As of 2005, one in six people are without access to clean water. Perhaps they spend a huge fraction of their income to gain access to a truck that distributes clean water to them, which, ultimately, might not even be clean. They might simply drink available water that holds dangerous bacteria, or that is laced with chemicals. Slightly less than 1 billion people wake up knowing that their first demand of the day is to find any source of water at all.

It isn’t as if water purification hasn’t been perfected in a number of other contexts. Drug companies purify water in huge quantities to produce medicine. The U.S. Navy found methods by which drinking water could be desalinated.

But both of these methods lack the level of portability needed to address the issue of water deprivation in impoverished regions. Methods like chlorine tablets exist, along with reverse osmosis plants. Yet problems of portability persist. It’s possible only some pollutants get purified, and others remain. Sometimes parts are too expensive to replace or are difficult to find.

The struggle with water purification for those in poverty has obviously been a long one, but it looks like the end might be in sight. It comes in the form of a plain-looking box, no larger than a mini refrigerator. Behind its design is a unique story, and its benefits have been a long time coming.

Dean Kamen has been working on what he calls the Slingshot for over 10 years. The inventor of the Segway, Kamen came to the project when Baxter International asked for his help. They had built a device to perform a procedure called peritoneal dialysis, which uses sterile saline to filter a patient’s blood. Kamen’s job was to refine and improve the machine.

It required huge amounts of purified water, or what amounted to multiple gallons a day for each patient. Kamen and his team turned to a simple scientific principle to solve their problem: they recycled the energy used when water evaporates. Now, Kamen has a device that he says can “take any input water, whether it’s got bioburden, organics, inorganics, chrome and… make pure water come out.” Kamen explains that the Slingshot could provide perfectly clean water using less power than a typical hairdryer.

Kamen’s last challenge is getting the Slingshot where it needs to go. Alongside Coca-Cola in October of 2012, Kamen announced plans with the company to bring the Slingshot to remote regions of Africa and Latin America. The partnership had already sent 15 of the machines to Ghana in 2011. Also involved in the process were the Inter-American Development Bank and Africare.

But Kamen has even bigger plans. His next project will work to reach even more people in need of clean water with his energy-efficient Stirling generator, solving the lack of electricity that could inhibit the use of the Slingshot. In the near future, Kamen has made it quite possible that millions of people will no longer face water insecurity. 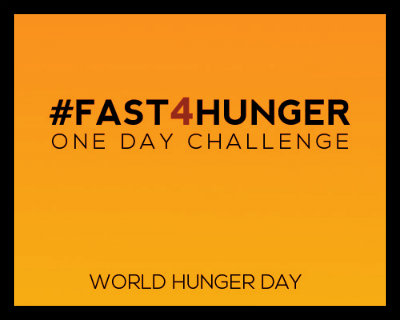 World Hunger Day is May 28th, and to raise awareness, Africare, a non-profit organization working to improve the lives of people in Africa, is advocating the #Fast4Hunger One Day Challenge. It encourages people to fast for a few hours or a whole day to get a better sense of how hungry and starving people in Africa live every day.

The challenge takes place through social media, where participants can use Twitter, Facebook, and Instagram to share their experiences while fasting with the hashtags #Fast4Hunger or #Fast4HungerChallenge. Those who want to take the #Fast4Hunger pledge can visit Africare’s website and download the #Fast4Hunger Challenge Toolkit to get everything they need to raise awareness about world hunger on World Hunger Day. Africare will also be hosting a Twitter chat between donors, partners, and the general public on May 28th from noon to 3pm to further advocate and raise awareness about people who need help, especially those in developing countries in Africa.

Kendra Davenport, Africare’s Chief Development and Communications Officer, explains that the hunger experienced by hundreds of millions around the world is a problem that most of the global population remains largely disconnected from. “#Fast4Hunger is an opportunity for people to begin understanding the severity of global hunger, viscerally and intellectually, and to learn how they can become part of its solution,” said Davenport.