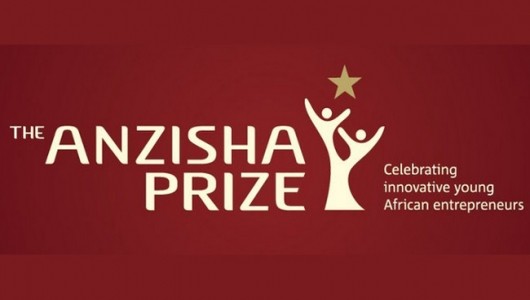 In Africa, women entrepreneurs are rare. They struggle to obtain loans from banks and do not receive the same educational opportunities as their male counterparts because of traditional views that the role of women is in the home.

A disproportionate percentage of women applied to the Anzisha Prize this year— only 27%. The Anzisha prize provides young entrepreneurs with funding.

However, Rwanda defied this norm in 2015 as 60% of applicants to the Anzisha prize in Rwanda were women this year.

This reflects Rwanda’s recent efforts to empower women. In 1994, Rwanda experienced a devastating genocide; 70% of the population was female. Today, Rwanda still has a higher percentage of women in their population. For this reason, President Paul Kagame has implemented initiatives to support women in business, education and politics.

Of note, Rwanda’s parliament has more women than men. “It is exciting to see Rwanda take such progressive steps. Women empowerment has considerable benefits for any economy’s growth and development, and we hope that other African countries follow Rwanda’s example,” explained Grace Kalisha, senior program manager at the African Leadership Academy to How We Made it In Africa.

Iradukunda realized bus companies would pay to have a radio system installed so they can provide information to bus users. Other companies can advertise their products to a large group of people waiting at a bus stop.

Her first sound system was installed in Nyamata, a town in southeast Rwanda. She obtained a bank loan, then placed speakers in four corners of the bus station. Today people can hear the sound in a 500-meter radius around the speakers.

Since then, Iradukunda has installed speakers at two more bus stations and hopes to put them in every station in Rwanda in the future.

Iradukunda also uses the bus station radios to notify the public about HIV prevention and healthcare issues. “The District also uses our radio to pass on information about events, meetings and all other affairs that they would like the public to attend,” said Iradukunda.

In 2013, Henriette Dukunde, a twenty-one-year-old biology student, co-founded the Rice Project. It is located in Huye, southern Rwanda, and supports over fifty women in a farming cooperative.

The Rice Project places the women farmers into four groups. Each group receives a piece of land, seeds, fertilizer, and other farming materials so they can grow and harvest rice in Nyanza marshlands.

65% of profits goes to the cooperative, and the rest supports the sustainability of the Project.

“The Rice Project has improved the lives of poor vulnerable women. It has both created jobs for them and enabled them to afford their basic daily needs,” explained Dukunde.

Health and Nutrition Promotion at University of Rwanda

The restaurant’s goal is to educate the public about diet and nutrition and to fight diseases like diabetes. The restaurant currently serves food to around three hundred people, and provides twenty medical students from impoverished families with employment.

“We pay them a salary of $60 a month and provide them with food so that they can continue their studies and become good doctors for the future well-being of the population,” said Igiraneza.

Along with her restaurant, Igiraneza is the head of a consultation center that teaches students and staff about health and nutrition.

“In developing countries like Rwanda, garbage collection and recycling services are often not available or are inadequate. We have decided to turn waste into opportunity for the enterprise, the environment and for the women,” explained Sibo.

Sibo provides training for women so they can make a living through the company. “Suzanne is a young mother who joined Miheha in 2013 when she was extremely poor with no access to some basics of life. But, through the trainings she received from our initiative, she has changed her life and is now training other women at our enterprise,” said Sibo.

Sources: Anzisha Prize, How We Made It in Africa
Photo: Venture Burn 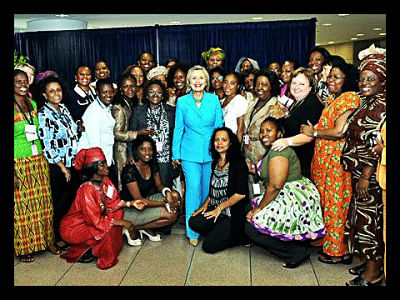 Last week, Washington welcomed 30 small and medium-sized female business owners from 27 countries in Africa, who are participants in the African Women’s Entrepreneur Program (AWEP). Every year, 30 female entrepreneurs are invited to the U.S. to attend professional development meetings and network with U.S. policy makers, companies, industry associations, nonprofit groups, and multilateral development organizations. For the past two weeks, the women have traveled throughout the U.S. to meet with scores of professionals in cities such as Los Angeles, Chicago and Seattle.

The visit marks three years of success for AWEP, which was launched by the U.S. Department of State in July 2010. The program is an outreach, education, and engagement initiative that works with African women entrepreneurs in several main focus areas. AWEP supports the Presidential Policy Directive on U.S. strategy toward Sub-Saharan Africa by operating on two parallels: it spurs economic growth and trade by involving female entrepreneurs in the sector, and promotes opportunity and development throughout the continent for women and youth.

The Department of State acknowledges that supporting growth in Africa is economically and politically vital; doing so opens up trade to U.S. markets and creates positive business environments both at home and abroad. In addition, AWEP helps to empower women in their respective countries; in Africa, women are the backbone of communities, and by enabling them to utilize their economic power, the program is helping to reduce the gender gap in education and improve health, political participation and economic inclusion.

The women in the program include Mame Diene from Senegal, whose organic cosmetics and nutraceuticals company, Bioessence Laboratories, employs almost 4,000 people. The visit to Washington enabled Ms. Diene and her peers to discuss business growth and female empowerment in Africa. When the women return to their countries, they join AWEP chapters where they can connect with other successful businesswomen; by building networks, the initiative is enabling these women to become voices for social advocacy in their communities.

AWEP is a prime example of U.S. commitment to foreign investment in developing regions. Globally, women constitute 50% of the global population and 40% of the global workforce, yet they own just 1% of the world’s wealth. By providing a platform from which women can effectively run their own businesses, AWEP is resulting in positive economic, social and political changes that are beneficial for the U.S. both abroad and at home.