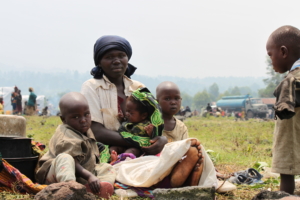 African Sleeping Sickness, also known as African Trypanosomiasis, is common in rural Africa. It is spread by the tsetse fly, which is only found in 36 sub-Saharan countries, with about 70 percent of cases occurring within the Democratic Republic of the Congo. When the tsetse fly bites, a sore develops and within weeks hosts suffer from fever, severe headaches, irritability, extreme fatigue, joint pain and skin rashes. As the disease progresses and invades the nervous system, people face confusion, personality changes and ultimately sleeplessness. African Sleeping Sickness can prove to be fatal within months, if not treated.

The Span of the Disease

Unfortunately, due to the lack of medicine and awareness in these rural African regions, there is minimal caution taken to avoid the disease. The African Sleeping Sickness is often neglected by other countries due to its limited region. A majority of those in affected regions have minimal access to health care or knowledge of disease prevention and treatment. Due to overcrowding and poverty, transmission increases among both animals and people. In fact, 40,000 cases were reported in 1998 from the WHO, but researchers estimate that at least 300,000 cases were left undiagnosed that year. The fear with this is that the disease will be allowed to escalate. There have been cases in which the patients have attacked their own family members, experienced frightening hallucinations or have screamed in gut-wrenching pain.

The limited research and knowledge of this disease puts the victims at a heavy disadvantage. While there are a few drugs available for both East and West African Sleeping Sickness, at the moment there is no cure or vaccine. The most commonly used drug, pentamidine, is often used for first stage West African Sleeping Sickness, with other CDC approved drugs being uramin, melarsoprol, eflornithine and nifurtimox. However, these approved drugs can also have negative side effects, with melarsoprol found to have reactions that can prove to be fatal, and pentamidine causing stomach issues. The disease, if left untreated, can lead to meningoencephalitis, coma or death.

Despite the grim standings of the disease, organizations are making efforts to change the status quo. The WHO is working to supply technical aid to national programs in Africa and are having volunteers deliver anti-Trypanosoma medicines for free. In 2009, the WHO established a biological specimens bank for researchers to conduct studies regarding new drugs and treatments. When attention towards the disease began to fade, the WHO developed a coordination network for victims of the disease to secure and maintain efforts against it. Starting in 2002, Bayer, supplied 10,000 vials of suramin treatment annually for an entire decade. Bayer took steps to expedite the fight against the disease in 2013 by funding and supporting mobile intervention teams in the Democratic Republic of the Congo. Through combined efforts, non-profit organizations as well as private companies are taking great strides against the deadly African Sleeping Sickness.