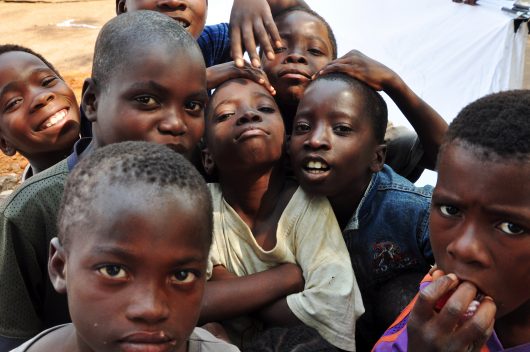 On May 27, 2016, the World Bank Board of Executive Directors approved a $20 million International Development Association (IDA) credit to help refugees in Zambia integrate into the local population.

The IDA, which is a part of the World Bank, gives grants and zero-to-low-interest loans to the world’s poorest countries for projects and programs that boost economic growth, reduce poverty and improve poor people’s lives.

This $20 million loan will go to the Zambia Displaced Persons and Border Communities Project. They plan to promote social cohesion and the integration of former refugees in Zambia, through investment in the livelihoods and socioeconomic infrastructure of the host communities.

Africa is home to nearly 20 percent of the world’s refugees. In both the Horn of Africa and the Great Lakes Region of Africa, the World Bank is coordinating regional efforts to help both displaced persons and their host communities.

According to the World Bank, this regional approach is due to the steady increase in conflicts that cross international borders in Africa.

The more than 52,000 refugees in Zambia come from many nearby countries—Angola, Burundi, Sudan, Uganda, Rwanda, Somalia and the Democratic Republic of the Congo—as a result of the violence and conflict in those nations.

Ede Ijiasz-Vasquez, Senior Director of the World Bank’s Social, Urban, Rural and Resilience Global Practice, said situations depicting displaced people as a burden must be avoided. Instead, efforts to help should focus on creating a more inclusive environment.

The Zambia Project benefits both refugees and their host communities. The local integration of the former refugees contributes to the development of the surrounding area, strengthens the physical connection of former refugee areas to the wider districts and increases access to economic opportunities and services for everyone.

Valentin Tapsoba, Director of the UN High Commission for Refugees (UNHCR), said that the UNHCR and the World Bank need to take actions that look at the bigger picture when addressing development needs.

“Our work in tandem with the World Bank is looking at refugee issues in the context of broader regional goals that increase livelihood opportunities, safety and dignity as a whole,” he said in a World Bank news feature.

In a press statement regarding the loan to Zambia, the World Bank Task Team Leader for the project, Natacha Lemasle, noted that the funding was necessary as the displacement of refugees tends to be long-term and unresolved. She also noted the potential for this project to serve as an example of the success and positive effects of local integration.

The two targeted resettlement areas in Zambia are Meheba and Mayukwayukwa in the North-Western and Western Provinces, respectively. The project is a part of the larger World Bank Great Lakes Region Displaced Persons and Border Communities programs.

The Israeli government’s stance on African refugees has recently been called into question and has become an area of controversy centered on human rights.

The Israelis know perhaps better than any nation just how difficult it is for a people without a homeland. However, this is not reflected in the attitudes of many of those in power within the Israeli government. For example, former interior minister Eli Yishai voiced in a statement smacking of racism that the government should “put every single one of the infiltrators in detention facilities, take their work permits, put them on aeroplanes and send them packing to their countries or a third country.” In most cases, this is exactly what has happened.

Yishai is anything but alone. Several other high-profile politicians have been swayed by a wave of xenophobia imbued with hostility. Parliament member Miri Regev went so far as to call Sudanese refugees “a cancer in our bodies.” It is the false belief of many in the Israeli government that the vast majority of African refugees are there not because they are actually refugees, but because they can find a better chance at economic gain in Israel.

In response to this, demonstrations and strikes by thousands of African refugees have taken place within Israel, most in Jerusalem, that ask for a restructuring of Israeli asylum and detention policies. Many more refugees in Israel have found their way into a detention center or have been deported than have found a place of refuge.

Signs at the demonstrations included benign statements such as “We are seeking asylum,” “Don’t split up families” and “We are refugees, not criminals.” Meanwhile, the daily newspaper Yedioth Ahronoth ran the headline “The Infiltrators Conquered the Square,” with the subtitle “An existential problem.”

The square of the headline is Rabin Square in Tel Aviv, roughly 35 miles northwest of Jerusalem, where a demonstration took place that protested the recent amendment of the Prevention of Infiltration Law. Asylum seekers in the country are now under the threat of being placed into detention centers indefinitely. Because of this amendment, refugees must choose between being a prisoner and leaving the country.

However, there are many- refugees and activists alike- who are prepared to persist in their fight for recognition and acceptance as refugees. Only time will tell if Israel will have a change of heart.