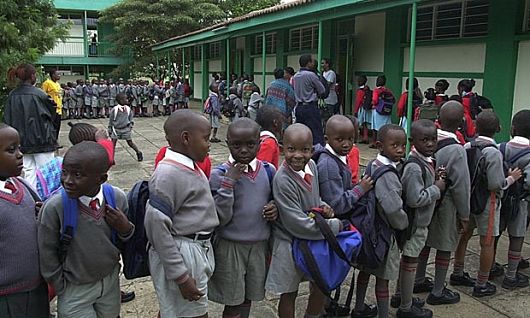 Though millions of African children still attend school in run-down, shack-like buildings, rising income across the continent of Africa has created a new consumer class— one that is willing to pay for a better education.

Sub-Saharan African countries consistently rank among the lowest in the world for the overall quality of their education system, according to the World Economic Forum. Though increasing numbers of children are attending school, the lackluster curriculums leave many prepared for little more than manual labor.

But as incomes rise, more and more African families are willing to pay, sometimes thousands of dollars, for their children to receive a high quality education at a private school.

According to Reuters, the private education sector in Africa has advanced at breakneck speeds over the last two decades, with some investors more than tripling their initial investments. Private schools can range in cost anywhere from $2,000 to $16,000 annually, says Reuters.

A report by South Africa’s Centre for Development and Enterprise released last month found that over the last 15 years, private or independent school attendance in South Africa has doubled. Though the price tag is high, the dramatic increase shows a demand for better education in Africa.

The booming private sector has drawn the attention of foreign investors from around the globe, including Britain-based Pearson and Dubai-based Gems Education. With so many of the schools already in place and pulling in large profits, Gems Education said they plan to open additional low-cost schools in an interview with The Guardian.

Private schools help meet the educational demands when the governments of impoverished regions cannot afford the investment. Though the overall school attendance in Sub-Saharan Africa is among the lowest in the world, in the last two decades, even the most impoverished regions have seen school attendance nearly triple, according to The World Bank’s “world development indicators.”

However, the boom isn’t restricted to the education sector. As more and more young Africans are receiving higher education, the demand for better paying jobs is on the rise and the growing availability of skilled laborers leaves the door open for investors interested in expanding into new regions. For example, Facebook recently announced it will be opening an office in South Africa this year. In this way, the education boom is sparking an economic boom in Africa.