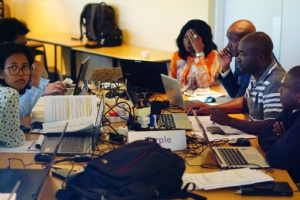 The Baobab Network is an investment company dedicated to empowering small business owners across the African continent. Many countries in Africa including Ethiopia, have incredibly fast-growing economies. While aid has been a long-standing form of economic assistance to many of the low-income countries in Africa, small entrepreneurs in Africa often lack access, connections and funding to reap those benefits. The Baobab Network does more than just throw money into the economy. The company gets tech-focused businesses off the ground to sustain their communities.

The baobab tree is infamous across sub-Saharan Africa and a true symbol of the company’s philosophy. With an emphasis on the power of technology, The Baobab Network seeks to build sustainability in the untapped marketplaces. What’s more, these solutions are working to solve some of the continent’s most pressing issues.

The strategy used by The Baobab Network to build up small businesses is three-pronged. The strategy starts with a $50,000 investment, an intensive venture consulting regimen and access to an entire network of experts, investors and potential business partners. Capital is necessary for small businesses, especially those looking to break into a market where there was little opportunity as the technology and service sectors are underdeveloped in many regions of sub-Saharan Africa. This funding can be used to invest in the right people, the right equipment and the right business plan. Continued involvement in the early stages of the businesses that The Baobab Network supports ensures that growth is achieved. Capacity-building in the beginning, coupled with lifetime access to global support allows business owners in Africa to continue to grow their companies and contribute to the development of their communities.

The companies that The Baobab network has invested in are achieving creative, groundbreaking solutions. For example, FXKudi, a company started by Abioye Oyetunji, Adetunji Afeez and Kodjo Kevin is connecting the West African marketplace through technology. FXKudi operates in six countries and allows people to spend, send and receive money through an app on their phone, allowing buyers and sellers to interact across borders. While countries in West Africa are close together geographically, they lack a strong interconnectedness, especially in their economies. This has shifted in recent years, and Brookings reports that cross-cultural engagement in Africa can be a vessel for economic rebuilding.

Thola is another successful company in The Baobab Network, started by a woman named Nneile based in South Africa. Thola champions “peer-to-peer lending,” connecting small business owners including livestock farmers to access to capital without the discouraging red tape. The company believes that simplifying relationships between lenders and investors is the best way to build community and achieve growth.

A number of other Baobab Network companies are doing great things including creating education marketplaces and digitizing manufacturing industries. The company focuses exclusively on African candidates and yet many of the companies are reaching a worldwide audience.

The Baobab Network is doing important work all over the continent. African entrepreneurs from Ethiopia to Sudan have the opportunity to secure investment and change their futures. Additionally, it is clear that the growth of self-sustaining businesses that are looking to the future of technology will have positive implications for the growth of the entire economy. Empowering one empowers many and The Baobab Network’s portfolio of successful companies could be changing the world.