Every day, people make the difficult decision to travel across the globe in search of better opportunities for their families and for themselves. They risk deportation, social stigma and alienation, and work in areas that native-born citizens would scorn.

More than 230 million people live outside of their country of birth, many of whom send part of their income to relatives and friends living in their home countries. Known as remittances, these cash flows accounted for an estimated $404 billion sent to developing countries in 2013, equivalent to more than three times the size of official development assistance.

This process is generally viewed as favorable to all parties involved, including the world economy which benefits from the exchange of ideas and optimization of worker productivity. However, a recent report by the Overseas Development Institute (ODI) reveals that not all overseas workers benefit equally from current remittance practices.

African immigrants living in the European Union and United States are typically charged 12 percent for each $200 money wire, nearly twice as much as the global average. Equivalent to $1.8 billion annually, ODI reports the elimination of this super tax could pay for the education of approximately 14 million sub-Saharan African primary school children, improved sanitation for 8 million, or clean water for 21 million.

Furthermore, these remittances account for 2 percent of the region’s GDP, or $32 billion. With international aid to the region expected to stagnate in the coming years, lowering the wire charges down to the G8 and G20’s pledge of 5 percent would increase the overall flow of transfers and a greater proportion of the transfer would reach the intended beneficiaries.

Factors such as Africa’s poor infrastructure are often blamed for the high cost of transfer rates. However, organizations such as the ODI argue that “in an age of mobile banking, internet transfers and rapid technological innovation, no region should be paying charges at the levels reported for Africa.’

In a realm of cryptocurrency, where Bitcoin may be a viable alternative to the vast surcharges accrued by African migrant money wires, having such a large discrepancy between overseas remittances seems more than archaic. Instead of blaming undeveloped aspects of Africa as the reason for these high percentage rates, companies should be investing in innovative techniques to bring African migrants’ remittance rates down to the rest of the global standard. 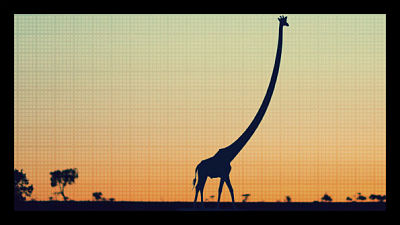 In the past, Africa has been a notoriously troubled continent. While some African countries are plagued by political turmoil, some are plagued by poverty, while others are just plagued by English nobility. With all of the media attention to the problems in Africa, it would seem that the continent is caught in a downward spiral. But is that necessarily true?

Here are five ways that Africa is improving:

2. Children Are Putting Down Guns and Picking Up Books
Fewer children bear arms and records numbers are going to school. Africa as a whole has around 12 guns for every 100 people. Although this pales in comparison to the United States’ one gun per person ratio, many African countries are trying to limit gun sales and restrict the use of existing guns.

3. HIV Rates Are Dropping
HIV infections have fallen by 75%. Safe sex programs and advice has been disseminated through Africa, sometimes in the form of soap operas. Whatever the strategy, it’s been working as HIV rates continue to plummet.

4. Foreign Investment is Increasing
Foreign investment in Africa has tripled while the economic markets in many countries remain uncultivated and untapped. This presents the perfect opportunity for businesses to invest in Africa.

These victories are huge, it shows that Africa is improving. However, there is still more progress to be made and more work to be done. As long as philanthropic organizations and individuals keep assisting with helpful information and other forms of support, big improvements are on the horizon in Africa. 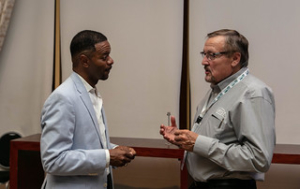 On both sides of the American political spectrum, certain wariness exists about the economic powerhouse of China. Especially in the news right now, many of our politicians are brainstorming ways to keep up with and hopefully outpace Chinese growth. However, one of the secrets to China’s success might be its interest in working with developing nations.

Spring is inching closer and with it comes the Spring Festival. The Spring Festival is a traditional Chinese holiday in which families visit friends to refresh and strengthen friendships. China’s Foreign Minister Yang Jiechi took this opportunity to visit China’s African trading partners on February 20.

According to The Economist, the growth of developing African economies is set to outpace their Asian counterparts by 2015. The Chinese government took notice of the opportunity presented by African markets years ago and has forged a strong partnership with many developing African nations. Through tapping into African economies, African countries are able to export their natural resources to China, which the Chinese then use to manufacture into their own exports.

China has taken notice that the development of Africa provides additional opportunities for China to strengthen its economy even further. Perhaps it is this investment in developing and impoverished nations that provides an economic edge to China in today’s changing global marketplace.

With the majority of our top trading partners being former recipients of U.S. aid, the United States has a previous history of success with turning impoverished nations into valuable business partners. By continuing this legacy and cultivating opportunities to decrease poverty in Africa with firm business relationships, we’ll be tapping into a pivotal market that China has been benefiting from for years.