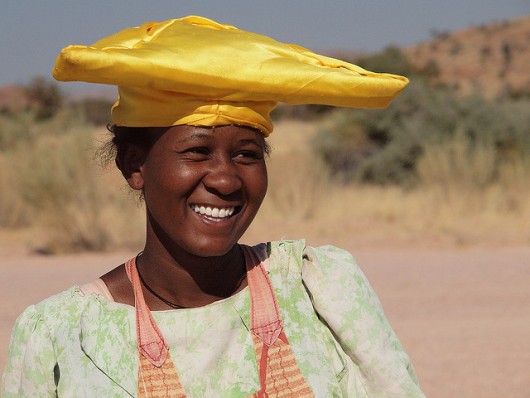 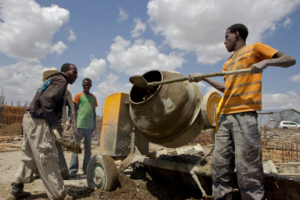 Recently, international investors have turned their sights to Africa, whose expanding consumer class and abundant natural resources make it the next prime location for development and innovation. According to the Africa Attractiveness Survey, investment in Africa totaled $128 billion dollars in 2014, up 136 percent from the previous year. Investment reached $174 million per project, an increase from $67.8 million in 2013. This vast increase is largely spurred by several megadeals on the continent rather than many smaller ones. Although this “big money” form of investment may crowd out smaller investors, it paves the way for future funding from all types of businesses.

According to Charles Brewer, managing director for DHL Express Sub-Saharan Africa, an update in the way investors perceive the continent has been the source of increased funding. Economic growth, coupled with an improved business environment and strengthened infrastructure, has caused foreign investment to hit a historic high. Sufficient infrastructure is key to successful development because it lowers the expense of logistics. In the past, supply chain costs were nine times greater in Africa than in other continents. Deals, such as DHL Express’s, not only expands the frontier for international corporations but also lends to growth within Africa as well. Brewer predicts millions more in investment dollars from his company alone in 2015.

“With increased Foreign Development Investment and macroeconomic growth, I believe that Africa will become an economic powerhouse in the future. The region is abound with untapped opportunities and has much scope for growth,” says Brewer.

With more and more people benefiting from international aid and earning money, the consumer base in Africa has grown rapidly. This provides immense opportunities for companies to move into these countries and provide previously undeveloped services. Brewer lists 18 countries where his company has planned major projects. Such economic development will also provide more jobs to African workers and increase spending across the economy, leading to even more economic growth and future foreign investment. Companies such as DHL Express will help reinforce the business environment and create opportunities for African businesses all over the world. In this way, Africa is not a market to be cornered by the rest of the world; the world is a market soon to be cornered by Africa. 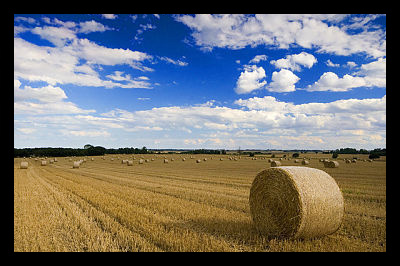 In Nigeria there have only been two deaths from Ebola, but it’s already beginning to take a toll on the country’s economy. In Lagos, the commercial center of the country, the booming tourist business has taken a large hit. In Guinea, Sierra Leone and Liberia, where the death toll has risen above 1,000, business is sinking even lower.

The government, in combination with aid groups, will surely spend hundreds of millions of dollars in order to confine Ebola, a decision that appears to make good economic sense. Between 1967 and 1979, an average of $23 million per year was spent combating smallpox. Since smallpox was internationally eradicated in 1980, the U.S. has recovered 500 times their initial investment value in saved costs alone.

The economic toll in countries afflicted by disease seems be out of proportion to the physical danger. In addition to the incalculable toll Ebola has taken on human life, it hits the economy in a calculable and forceful manner. In Guinea, the World Bank has lowered the economic-growth rate by one percent. The Liberian finance minister believes that the International Monetary Fund’s prediction of 5.9 percent growth is wholly unrealistic. What could cause such an economic overreaction?

In a word, the issue is panic. Farmers in affected areas have left their fields, leaving their crops rotting. Trading across nation-state borders has been suspended, effectively eliminating an entire source of income for many.

Scores of areas in West Africa have health systems that are being entirely consumed by treating Ebola, and companies have begun to pull workers out. Even in Nigeria, companies have pulled “stealth removals,” where they remove foreign workers by saying they will go on “summer breaks.” China Union, who ships ore from Liberia, has taken a hiatus, but openly threatens to never re-open if something is not done about the spread of disease.

Many are looking to the Nigerian government for answers, and focusing their angst at a leadership group that has been less than transparent.

But the government should not be blamed entirely. Studies show that people consistently overreact to diseases, even when the risk of transmission—as is the case with Ebola—is very low. The SARS outbreak in 2003 caused roughly $50 billion in economic damage, while only afflicting 8,000 individuals, and killing fewer than 800.

What governments – and that of the U.S. in particular – can and should do is to stay calm. Liberia, for example, lost 90 percent of their GDP in 2003 following a civil war that also ravaged all major pieces of infrastructure. But the country has been growing steadily—over eight percent on average annually, and has earned $16 billion in foreign investment.

But the panic of Ebola could halt this progress. Data suggests overreaction could lead to misguided political action. In this time, the U.S. can help by lending stability by taking simple steps such as renewing the African Growth and Opportunity Act.

The foundation is currently working in more than 20 countries in Africa. Community groups small and large have the opportunity to apply for a grant with the African Development Foundation. If the foundation finds that the group’s cause will promote more jobs, improve living conditions, and ultimately help to end poverty in Africa, then the foundation agrees to provide the grant. Thus far this year, the foundation has supplied $17 million to help engage marginalized communities in improving the socioeconomic conditions throughout Africa. The majority of USADF’s grants go towards expansion projects, small enterprises, farming associations and cooperatives.

One of the foundation’s program focuses includes a five-year $10 million grant program in the region of Lake Turkana in Kenya. The grant is going towards the development of a sound agricultural system in Kenya which will provide more jobs, and create better food sustainability. The Lake Turkana program will establish an agricultural system that the community can participate in and thrive on well into the future.

The foundation takes government transparency very seriously. As a government organization, USADF desires to operate in the sense of an open government, in which all of their grant plans and financial spending are open for all to see. USADF wants individuals to know where their tax dollars are going, and to be able to understand the issues happening in Africa in a simple way. The foundation also greatly encourages participation from African communities and collaboration with partners across government levels to help achieve their goals.

So far, the USADF has 336 active project grants and 100 small grants. The estimated number of people that the foundation has impacted is 1.5 million. With such high numbers the impact that the foundation is making is clear. USADF intends to increase their number of grants in the years to come and further contribute to ending poverty in Africa. 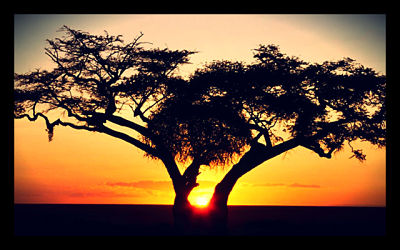 The global community is slowly recovering from economic difficulties across the board. However, countries in Africa continue to grow at rates that surpass all but their Asian counterparts.

According to the International Monetary Fund, African economies will remain strong throughout this year and next. GDP for the region is expected to increase by 5.3 percent while certain countries will experience even larger growth rates. Mozambique’s economy is projected to increase by 8.4 percent while Nigeria will increase by 7.2 percent. Despite the drop in the value of gold, South Africa is expected to grow by 3.3 percent this year and 6.1 percent next year. In its entirety, the global recovery is occurring at a much slower pace.

These numbers do not seem that extreme unless they’re compared to the United States’ growth rate which is predicted to increase this year to three percent. This is up from last year’s increase of roughly 2.2 percent.

In tough economic conditions such as these, the United States is being left behind in the cultivation of African businesses and the economy. China has been extremely aggressive in creating these relationships and has been reaping the benefits of it. China’s total economic growth is set for 7.7 percent growth this year.

By having a lax or overcautious attitude regarding African investment (both philanthropic and purely business), it is very possible that the United States is missing out on being a part of future success.