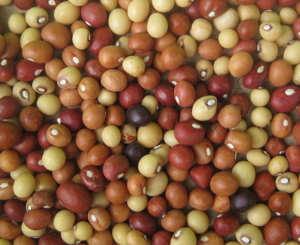 Globally, there are about 7,000 domesticated crops. But, today, just four crops–rice, wheat, soybean and maize–account for two-thirds of the consumed calories worldwide. These crops are incredibly nutrient-hungry and added to the common practice of mono-cropping, which has led to the degradation of a third of the Earth’s soil. It is estimated that the global population in 2050 will increase to 10 billion; food production will have to likewise increase by 50 percent to avoid mass hunger. Many scientists think that previously ignored African crops, aptly nicknamed “orphan crops,” are the answer to preventing the oncoming crisis.

From custard apples to bread trees, there are hundreds more other under-utilized crops in both Africa and around the world. The status quo of the global diet is far too dependent on a mere handful of plants. In order to prepare for and feed the ever-growing population of this planet, people must become more open and adventurous in various culinary tastes by incorporating these orphan crops into daily meals.