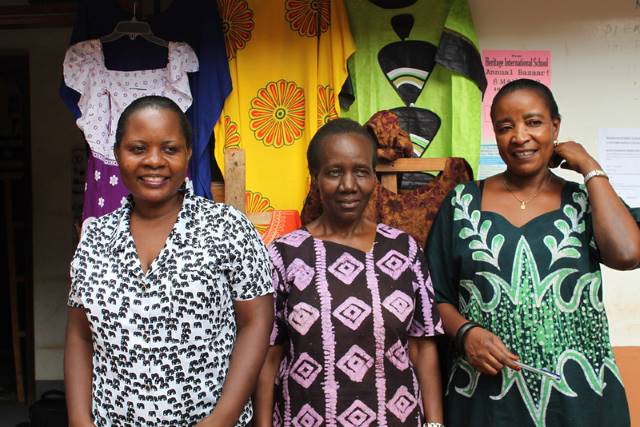 Gender inequality in the workforce is an issue that affects women globally. Women account for 60% of all jobs globally but earn only 10% of all income. In addition, 70% of women experience financial exclusion, which contributes to gender inequality in Africa. Barriers to educational opportunities are also factors of gender inequality with up to 4 million girls that have not enrolled in the educational system. Advancing women’s involvement and opportunity in the African economy will aid in closing the gender gap. The African Continental Free Trade Area (AfCFTA) agreement aims to economically transform Africa and women are an important part of this process.

The AfCFTA agreement came into effect on January 1, 2021, and created one of the largest free trade areas in the world. AfCFTA created a new market of 1.3 billion people across Africa. This accounts for a combined gross domestic product (GDP) of $3.4 trillion. According to the World Bank, AfCFTA has the potential to take up to 30 million Africans out of extreme poverty and increase the incomes of 68 million Africans who live on less than $5.50 a day.

The provisions of the agreement include lowering trade tariffs between participating countries and other beneficial regulatory measures. Overall, AfCFTA aims to completely reshape African markets and boost the economy with the creation of new jobs, increased industrialization and increased trade within Africa. In addition, women will benefit from the agreement by improving their access to trade opportunities and stimulating wage gains by up about 10.5%.

The AfCFTA can boost women’s roles in jobs across different sectors like the agricultural sector. In agricultural jobs, AfCFTA can expand markets for exports and widen opportunities available to women. With increased industrialization and diversification, the AfCFTA can benefit women’s manufacturing and wage employment in manufacturing industries. Higher-skilled jobs will also become more available and accessible to women. In addition, significant benefits are present for women entrepreneurs. Regional value chains support smaller women-owned businesses. The chains allow larger firms to use smaller women-owned businesses as suppliers.

Empowering Women in the AfCFTA project also addresses the gender gap. The purpose of the SheTrades project is to support women-owned businesses so that they can experience the free trade benefits under AfCFtA. The project focuses on capacity building, networking and advocacy as a means to achieve this. The project works with more than 50 women’s business associations to raise awareness of prioritizing women in terms of AfCFTA and discuss recommendations for prioritizing women as well as policy advocacy strategies. It also works to provide a platform for women’s business associations to work with each other as well as policymakers.

Women are key stakeholders in the development of the African economy under AfCTA, consisting of 70% of informal traders.

AfCFTA also recognizes the importance of gender in trade relations in Africa by stating the importance of incorporating gender inequality in the context of trade and the economy. A method of fighting gender inequality in Africa is through gender mainstreaming. Gender mainstreaming is defined as, “a process of assessing the implications for women and men of any planned actions, including legislation, policies or programs in all areas and at all levels.” Strategies like gender mainstreaming are addressed and applied in several countries’ AfCTA National Implementation Strategies.

Implementation of further gender gap-related policies can strengthen the impact that the African Continental Free Trade Area agreement has on Africans and help to eradicate gender inequality in Africa.

The purpose of the summit is to further push Africa into a knowledge economy where member states are able to become more competitive on a global scale by increasing innovation and boosting job opportunities and improvements in sectors such as health care, education and agriculture. Overall, it strives to transform African cities into smart societies. The summit has had five editions since 2013, the last of which Kigali, Rwanda hosted in May 2019.

What is SMART Africa?

SMART Africa is both a solution and a commitment from African Heads of State and Government to grow the continent’s socio-economic developments and create affordable access to broadband. The overall goal is to increase Africa’s lagging economy through systems such as information and communications technologies (ICT).

Within SMART Africa is the Alliance, a group of 24 countries representing over 600 million people, that works to implement and maintain the pillars of the SMART Africa Manifesto and make sure its vision moves into action. These pillars include Policy, Access, e-Government, Private Sector/Entrepreneurship and Sustainable Development. These pillars further break down into four enablers that ensure the effective establishment of economic growth and job creation.

More than 1,200 delegates attended the first summit in 2013, including top executives from groups such as Facebook and Google. The 2013 summit resulted in the creation of the SMART Africa Manifesto, which was the first time Africa planned to put the private sector first and create a more open economy through ICT and advanced telecommunication. The 2018 summit hosted in May showcased the continent’s first Transform Africa Economic Forum which proposed ways to boost Africa’s economy by connecting cabinet secretaries with business leaders for collaboration.

The 2019 summit focused on the theme of “Boosting Africa’s Digital Economy.” This summit culminated in efforts to engage business leaders and high net worth investors in areas where collaboration and investment opportunities were possible, mainly in public-private partnerships. The newest summit is scheduled for April 2020 in Conakry, Republic of Guinea and projections determine that it should host over 4,000 participants from around the world.

One of the unique features of the Transform Africa Summit is the member state’s drive to put the private sector first, which could further increase investments and productivity. Prior to the summit, Africa previously underdeveloped this notion. Through digitalization and creating a “One Africa Network,” leaders of the summit hope to rid Africa of the vast fragmentation that exists between countries.

Also central to the summit’s mission is to bring Africa from merely being a consumer of ICTs to its own producer. By operating on the premise of shared prosperity, creating supportive policies and doing away with monopolies, Africa can take great strides toward developing a successful knowledge-based economy.

All four summits have been incredibly successful in ushering in connectivity in African cities and villages. All 53 governments of the African Union have accepted the SMART Africa Manifesto. This is a huge leap from the seven original members. Also successful was the push for the “One Africa Network” which paved the way for the adoption of the African Continental Free Trade Area Agreement and proposed the establishment of a single market for all goods and services in 54 countries, a feat that would not have happened without SMART Africa’s digital push.

The 2018 summit noted that Africa’s mobile usage had increased to 80.8 percent, falling just behind 99.7 percent usage at the world level. Summit leaders also noted how new technology prices were able to go down due to the rise of technology that was popping up.

Overall, the Transform Africa Summit has created a more connected, open and successful economy for Africa. Africa has experienced job increases, industry expansion and economic growth since the original creation of the SMART Africa Manifesto in 2013 and its implementation by members of the African Alliance. The World Economic Forum speakers projected that numbers for 2020 will show that Africa’s consumer spending will be over $1.4 trillion.