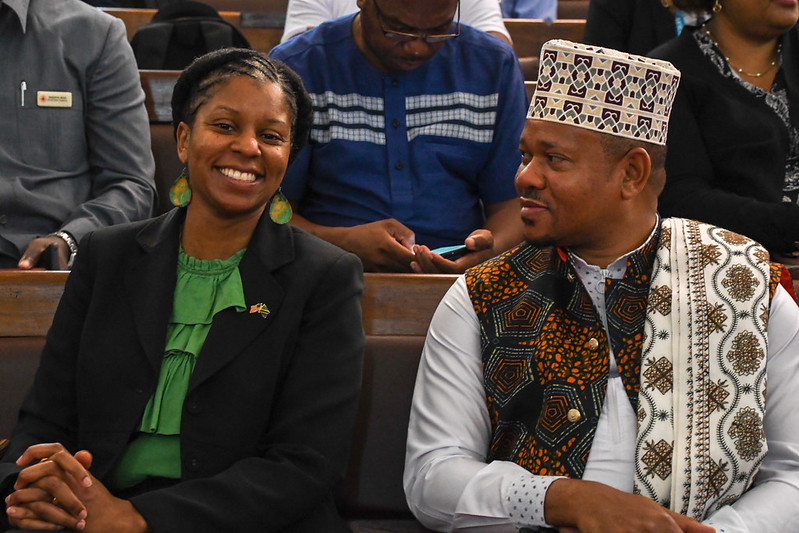 The COVID-19 pandemic has caused economies to slow, governments to scramble to respond and confined people to their homes. However, many countries have found ways to adjust to the limitations the illness brought on. New Zealand, South Korea and Australia are three countries that have successfully limited the spread of the virus. As a result, the nations were able to reopen and keep their people safe. On the other hand, Tanzania is one country that is struggling to contain the virus within its borders. As a result, there is no end in sight for COVID-19 in Tanzania.

Deadly diseases frequently spread throughout Africa. For example, the consistent recurrences and escalation of Ebola ravaged Africa from 2014 to 2016. Moreover, the Democratic Republic of the Congo has experienced the spread of diseases on and off since the 1970s. Furthermore, Africa had 229 million cases of illnesses and diseases in 2019. Of these cases, about 94% of them were malaria cases and deaths.

Excluding Antarctica, Africa has the second-lowest transmission rate. As a result, COVID-19 has not affected many African countries as much as other nations. Many African nations took appropriate measures and provided vaccines effectively. Recently, Africa engaged in many preventative measures to prevent the spread of disease. Furthermore, the World Health Organization (WHO) and the Alliance for International Medical Action (ALIMA) constructed treatment centers throughout Africa. In addition, protective equipment such as PPE and CUBE units have emerged.

However, the implementation of such measures has not occurred regarding COVID-19 in Tanzania. Tanzania has the highest number of COVID-19 cases in the African continent. Furthermore, the government was hesitant to release the data for transmission and death rates within the nation. As a result, it was difficult to identify weak points in Tanzania’s response to the crisis. In addition, it is challenging for Tanzanians to be aware of specific risks of the virus.

However, Tanzania is making steady progress to combat COVID-19. The government has implemented strict measures to deter the spread of COVID-19. Furthermore, a greater sense of political accountability and acknowledgment of the virus exists compared to a few months ago. Additionally, the government has placed restrictions on super spreading events in Tanzania such as weddings and funerals. The CDC has also made efforts to bring in a surplus of protective equipment to help safely solve this crisis.

Tanzania has struggled greatly amidst the COVID-19 pandemic. However, administrative efforts to acknowledge and react to the virus have successfully slowed the spread of COVID-19. There is hope for solving this crisis with support from the CDC and self-governmental acknowledgment. 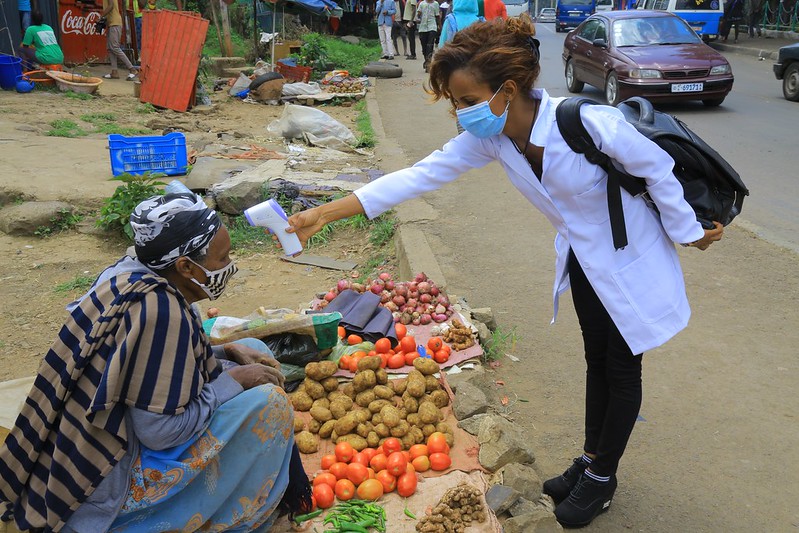 On a world map of the distribution of COVID-19 cases, the situation looks pretty optimistic for Africa. While parts of Europe, Asia and the United States have a dark color, indicating relatively high infection rates, most African countries are light in comparison. This has created uncertainty over whether the impact of COVID-19 in Africa is as severe as other continents.

A closer look at the areas boasting lighter colors reveals that the situation in Africa is just as obscure as the faded shades that color its countries. In Africa, dark colors indicating high infection rates only mark cities and urban locations—often the only places where testing is available.

Although insufficient testing has been a problem for countries all over the world, testing numbers are strikingly low in Africa. The U.S. completes 249 tests per 100,000 people per day. In contrast, Nigeria, Africa’s most populous country, only executes one test per 100,000 people daily. While 6.92% of tests come back positive in the United States, 15.85% are positive in Nigeria. Importantly, Nigeria is one of the best African countries for testing: it carried out 80% of the total number of tests in Africa.

As a continent housing 1.2 billion individuals of the world’s population, Africa is struggling to quantify the impact of COVID-19 without additional testing. To improve these circumstances, the African CDC has set a goal of increasing testing by 1% per month. Realizing the impossibility of reliable testing, countries like Uganda have managed to slow the virus’ spread by imposing strict lockdown measures. As a result, the percentage of positive cases in Uganda was only 0.78% as of Sept. 1, 2020.

COVID-19 in Africa has had a lower fatality rate than any other continent. In fact, many speculate that fatality rates may even be lower than reported. Immunologists in Malawi found that 12% of asymptomatic healthcare workers had the virus at some point. The researchers compared their data with other countries and estimated that death rates were eight times lower than expected.

The most likely reason for the low fatality rate in Africa is its young population. Only 3% of Africans are above 65, compared with 6% in South Asia and 17% in Europe. Researchers are investigating other explanations such as possible immunity to certain variations of the SARS-CoV-2 virus and higher vitamin D levels due to greater sunlight exposure.

Despite these factors, the impact of COVID-19 in Africa is likely high. Under-reporting and under-equipped hospitals unprepared to handle surges in cases may contribute to unreliable figures. In South Sudan, there were only four ventilators and 24 ICU beds for a population of 12 million. Accounting for 23% of the world’s diseases and only 1% of global public health expenditure, Africa’s healthcare system was already strained.

Additionally, individuals who are at-risk or uninsured can rarely afford life-saving treatment in Africa. For example, a drug called remdesivir showed promising results in treating COVID-19. However, the cost of treatment with remdesivir is $3120. While this is a manageable price for insurance-covered Americans, it is not affordable for the majority of Africans. Poverty therefore has the potential to increase the severity of COVID-19 in Africa.

Strict lockdowns have helped some nations control the spread of COVID-19 in Africa, but at a heavy price. A general lack of technology means that, following widespread school shutdowns, students have stopped learning. Many adults have also lost their jobs. More than 3 million South Africans have become unemployed due to the lockdown.

Furthermore, the lockdowns have also resulted in much higher rates of domestic violence, abuse and child marriage. Many such cases are unreported, meaning that the real scope of the problem is probably larger. Mental health services for victims or those struggling through the pandemic are also often unavailable. In Kenya, the United Nations has appealed for $4 million to support those affected by gender-based violence.

The slow spread of COVID-19 in Africa has allowed the continent and its leaders to prepare. Importantly, its young population will lessen the severity of the virus’ impact. Although these circumstances provide reasons to be hopeful, there is no doubt that Africa’s economy and future will suffer from the virus. This potential highlights the need for foreign assistance not only in controlling COVID-19 in Africa but in the continent’s recovery for years to come.