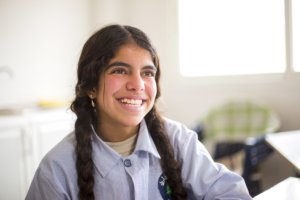 Standardized English and Poverty can be attributed to the fact that English ranks as the most commonly spoken language in the world. English originated in England and then spread worldwide through colonization, the internet, print and the spoken word. Because it has spread through colonization, it has also become a marker of social standing globally. English was not always this unified language.

English has gone through many changes and evolutions throughout its time. Its letters come from the Roman alphabet with partial pronunciation from Anglo-Saxons. For a long time, many different English-speaking groups lived in England. After the conquests in the middle ages and moving the court seat to London, the new speaking norms came from the English of London instead of ancestral Wessex. Manuscripts underwent revisions to translate them in the dialect of London English. Through printing, this way of speaking spread nationwide. Language is constantly evolving, especially vowels, and many shifts occurred. This period also saw the rise of language purists against the perceived threat of different ethnicities and cultures.

These changes are due to time, distance and America’s colonization. The Englishmen who first came to America were poor and desperate for a new life. Therefore, a new dialect quickly formed in America based primarily on the linguistic styles of rural England. Over time, these dialect differences became bigger and bigger until they diverged officially into British English and American English.

Despite only having two specific orthographies, English sports a ton of different dialects. A dialect is a way of speaking specifically to a region or group. One example of this is AAVE or African-American Vernacular English. This dialect likely formed after the transatlantic trade of enslaved people from Africa, who mingled English with their native languages to form a new dialect. Many groups impacted by colonization, such as India and South America, experienced variations of this phenomenon.

Eventually, English’s various strains and dialects were applied to social class in industry-based societies. These linguistic variants are still closely related to questions of education and race in social stratification. Someone speaking AAVE demonstrates that they have less education and are therefore lower in class. Linguistic discrimination occurs when those who don’t use standardized English are barred from promotion for not appearing as educated or intelligent. At times, linguistic prejudice can even result in unfair legal rulings when particular vernaculars are discredited.

How It Haunts Us

The results of language colonization still exist today. India links English to education and class. Ever since Great Britain’s colonization of India, British culture is still considered high class. Skin-whitening products remain popular in India for this reason. Only 20% of the population speaking any English, and only 4% can boost fluency. Of the fluent speakers, 34% earn more money than those who are not. Fluent English-speakers enjoy more opportunities in jobs and education, which both factors heavily into poverty. Therefore, 96% of the population that doesn’t speak English suffer an immediate disadvantage. Fluency offers greater means to escape poverty. Many other countries and minorities harmed by colonization share this classist structure.

Many organizations, such as colleges, are growing increasingly aware of this linguistic class issue. In 2018, Yale Law School’s Environmental Justice Clinic mounted a legal fight against New Mexico’s Environment Department on the basis of language discrimination against native Spanish-speakers. The conversation increasingly revolves around making college a safe place for all dialects and opening the class barrier. Equalizing education access, especially in areas with sparse funding, offers the first step towards mending the classist language barrier. Additionally, advocates hope to stop discrimination through legal bills as well as encouraging more acceptance among the standardized English-speaking populace.