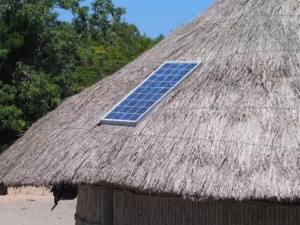 In an effort to place German companies at the center of Africa’s rising market, Germany has allocated $1.1 billion in the Development Investment Fund. According to the executive chairman of the African Energy Chamber, using German companies’ technology and capital will allow Africa to build a sustainable energy model.

The Development Investment Fund comprises of three components. These components are AfricaConnect, AfricaGrow and the African Business Network. Each project aims toward a different aspect of growth for German companies as well as the African market. One aims toward larger businesses, one toward small and medium enterprises (SME) and one towards SMEs as well as foreign investment and development.

The isolation of individual African countries due to COVID-19 has caused them to start building necessary gas and power projects. These projects provide energy to those who are out of reach. More than 600 million Africans lack access to electricity. This prevents them from utilizing all the resources available to pull them out of poverty. The investments come at a time where the continent is already working to reshape its energy infrastructure. The AfricaConnect program has incorporated additional provisions due to COVID-19 in order to boost the African and German economy.

The AfricaConnect initiative contains 400 million Euros to go toward German businesses for projects in Africa. Companies receive loans between $845,000 to $4.5 million if the projects are ecologically and socially sustainable. German companies have to benefit African markets by creating jobs, introducing new technology or doing other groundwork.

Additionally, AfricaGrow aims at SME businesses in Africa. This fund aims at African businesses rather than German businesses along with African venture and equity funds. With around $188 million in the fund, it is meant to close the existing financial gap. It also allows the African economy to comprise of many SMEs that will create sustainable jobs for the future.

Furthermore, the third prong of the Development Investment Fund is the African Business Network, which aims at trade promotion. By boosting development cooperation, German SMEs are able to participate in the African market, expanding the role of German businesses in these fields. This initiative provides support to German companies through advice by stakeholders. It also acts as a means of holding SMEs in the market. The African Business Network focuses on 12 African countries in particular. These countries are Ethiopia, Egypt, Benin, Burkina Faso, Côte d’Ivoire, Ghana, Guinea, Morocco, Rwanda, Senegal, Togo and Tunisia.

Due to the lack of a sustainable energy source in many parts of Africa, African businesses in the energy sector have struggled with maintaining power. In South Africa, the electricity company Eskom had to fly out German technical experts to help with building sustainable energy grids due to the fact that around 80% to 90% of their power came from coal power plants, according to The South African. As a result, South Africa turns to solar energy. It launches an Integrated Resource Plan which calls for six gigawatts of solar by 2030.

How Germany is Helping Africa

This lack of sustainable energy is exactly what German companies entering the energy industry look to solve, thereby harnessing the full power of the African consumer market. Senegal was one of the first African countries to begin this, seeing German support for around 800 SMEs. Germany has more than 200 million Euros invested in projects focusing on providing electricity throughout the country. This electricity is provided through renewable energy and better harnessing pre-existing energy sources. Power plants that produce 25 megawatts of energy are placed outside of Dakar. This pushes African energy sources forward.

The funds also gave rise to multiple German companies in the energy sector including Pfisterer Unternehmensgruppe. Pfisterer Unternehmensgruppe has already begun placing offshore wind farms and building a variety of generators to hold the power in smaller spaces. Smaller companies such as AfricanSol aim to build solar panels across the continent with the initial panels built in Eritrea. However, these efforts slowed down as countries shut down due to COVID-19.

Energy poverty is one of the largest obstacles that Germany and a number of African countries will work together to tackle. However, the funds will also give rise to better technology for a growing market that is involved in the larger world. As Africa’s trade deals connect it to the global market, millions of consumers enter and a trillion-dollar economy opens up. For both Germany and Africa, investing now will lead to huge payoffs. With the rich natural resources of the country combined with front-running German technology, poverty in Africa might see huge decreases in the near future.