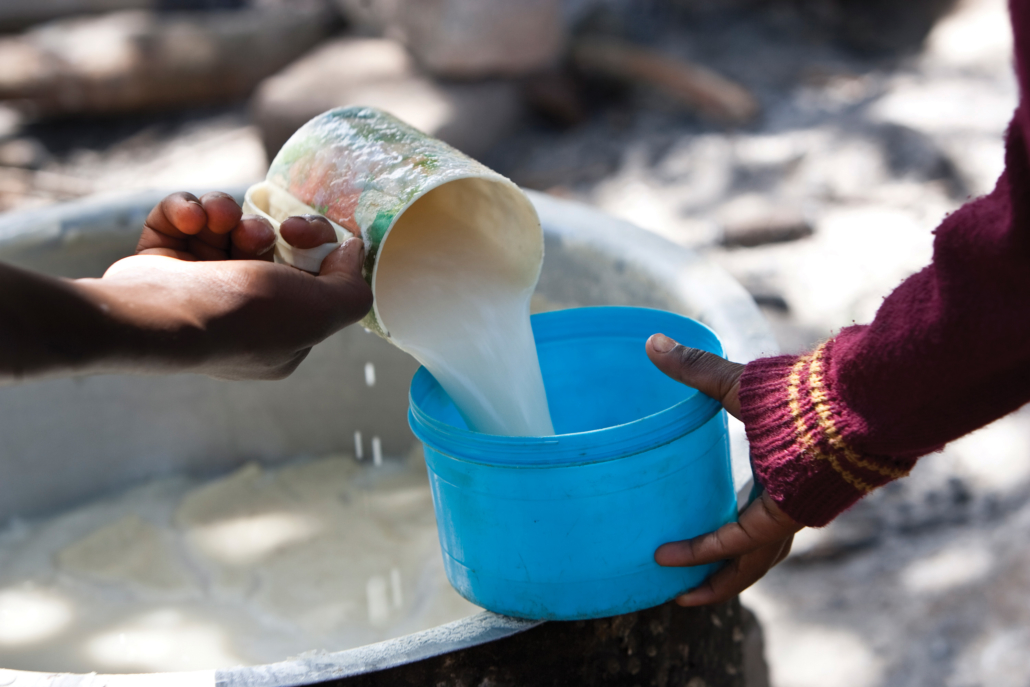 John Ochieng knew his people deserved better. After all, access to water, the world’s most basic need, should not be this difficult. Now, Ochieng has been with Africa Water Solutions (AWS) for eight years working as the Operations Director. The nonprofit organization focuses on helping communities have access to safe water in their homes. This year alone they have their sights set on nearly 200 villages.

A native of eastern Uganda, Ochieng’s parents passed away when he was young resulting in the loss of their property. Through the experience with the legal system, Ochieng found “justice was not for the poor” which inspired him to pursue a law degree. Ochieng graduated from Makerere University with a law degree in 2007 and practiced as a judge for six months before resigning. Ochieng noted the justice system in Uganda is not as effective as it is in the United States. After returning to his hometown, Ochieng found a hole being utilized as a latrine behind several homes. This discovery is what led to his involvement with Africa Water Solutions, and how he ultimately found himself doing what he is doing today.

Despite recent steady economic growth, more than 23 million Ugandans still do not have clean water. Even though the small country is home to the world’s largest lake and longest river, the open water is undrinkable. The high demand for clean water and poor management of sanitation systems has led to these shortages. Uganda suffers from erratic rains, deforestation, environmental degradation and pollution. This water crisis affects education, health and poverty, as well as women and children.

A 2016 World Bank Poverty Assessment shows Uganda has reduced monetary poverty faster than any other sub-Saharan African country, decreasing from 31.1 percent in 2003 to 19.7 percent in 2013. However, Uganda lags behind on non-monetary areas like sanitation and education.

The United Nations found Ugandans lose nearly 40 billion hours a year fetching clean drinking water, leaving little time for other things throughout the day. Further, Oeching stated Ugandans walk between three to four hours a day for clean drinking water, “wasting time to fetch 20 liters of water.” Women and children carry the heaviest burden as they are responsible for retrieving water for the family. This responsibility then places them at increased risk for assault and injury.

Children often miss school because they are collecting water or are sick from a water-borne illness. Females are kept home when menstruating because there is no private place to attend to their hygiene needs. Because children are unable to attend school and get an education, the entire nation is affected as it becomes more difficult to emerge from the cycle of poverty.

In Uganda, 20 percent of the population lives in urban centers while the remaining 80 percent reside in rural areas. The 80 percent often lack clean water, washrooms and electricity. Africa Water Solutions helps these communities have those amenities by encouraging self-sustaining practices.

Africa Water Solutions aims to “trigger people’s minds to think they can solve their own problems.” Each village has between 100-150 homes. Ochieng said the process begins by mobilizing the leaders to mobilize their people. To do so, they first identify key brokers, government and kingships, and meet with local leaders who then call for a village meeting. At the village meeting, conversations are started as pictures of houses in that village are displayed. Africa Water Solutions is then able to share what they have done with other villages. Once the villagers begin to realize “they have been drinking feces,” people begin to ask, “how can we do this?” Ochieng commented they transform homes to show them they can have something different and do not have to wait for aid.

Africa Water Solutions provides a range of solutions. For areas with rainfall but few sources of water, they construct 6,000-liter tanks to reduce the time spent fetching water, which also decreases the risks faced by women and children. Africa Water Solutions also teaches communities how to build simple household infrastructure and how to clean up waste in and around their homes. Additionally, the nonprofit organization teaches Ugandans Solar Water Disinfection, a simple water purification technique using a water bottle and the sun’s UV rays.

In response to their efforts, Africa Water Solutions has seen a 23 percent increase in school attendance because children are not sick from waterborne illness or retrieving water. Through menstrual hygiene management training at schools, teachers are better equipped to help female students who are menstruating, so they do not have to miss out on their education.

Outside media presents the need of the nation, not the opportunity Ochieng mentioned. “As a country, we are blessed with so many resources,” said Ochieng. “There is life, happiness, and people doing great things, but the struggles are what is represented.” The country is on track to transformation and Africa Water Solutions is helping them get there.