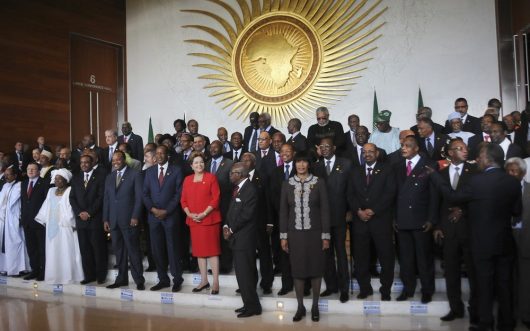 During the 27th African Union (AU) Summit in Kigali, Rwanda, a new electronic passport was presented that would allow AU citizens that have passports to travel throughout all member states without a visa. The hope is that this plan will further unite Africa.

The first of these passports were presented to Paul Kagame, the President of Rwanda, and Idriss Deby, President of Chad and acting chair of the AU. The ultimate goal is for all citizens to have access to the new passport by 2018.

Many are fearful that it will be easier for drugs, disease and terrorism to cross borders, because of this new passport. David Zounmenou, Senior Research Fellow at the Institute for Security Studies, debunked these suspicions when he told CNN, “One key advantage is that we will have centralized records to show who is going where.”

The positives far outweigh the negatives for the e-Passport, or all-Africa passport, which plays a major role in Agenda 2063. The AU describes this initiative as “a call for action to all segments of African society to work together to build a prosperous and united Africa.” Agenda 2063 is considered one of the continent’s most crucial initiatives.

Presently, travel from one country to the next is quite difficult in Africa. The Africa Visa Openness Report 2016, published by the Africa Development Bank, states Africans need visas to travel to 55 percent of other countries and Africans can get visas on arrival in 25 percent of other African countries.

Leaders of the AU believe that the passport will break down borders and unite Africa by creating new avenues of trade and travel. Countries in Eastern and Western Africa with high visa openness, such as Mali and Mozambique, have seen great economic success. The Africa Visa Openness Report 2016 stated that in 2014 10.1 percent of Mali’s and 7.0 percent of Mozambique’s GDP came from travel and tourism.

The e-Passport hopes to build on the accomplishments of these countries by creating greater integration across the entire continent.