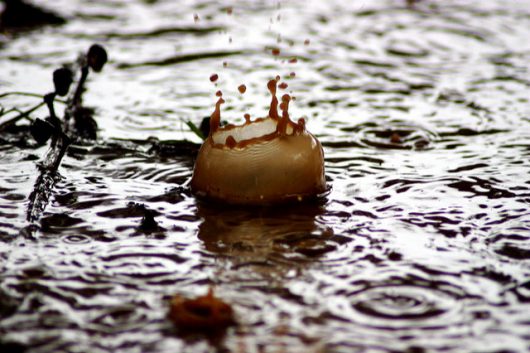 With a rapidly growing population and unpredictable climate, the citizens of Kenya find themselves in an increasingly dire situation of water insecurity. However, a few recent innovations using rainwater harvesting systems are taking key steps towards changing that and eliminating water insecurity in Kenya.

In a population of 46 million people, nearly 50% live below the poverty line. To make matters worse, an extreme weather climate means that the country at times enjoys plentiful rain and an abundant water supply, while at other times drought leaves much of the country with little water.

The resultant water insecurity in Kenya means that many — particularly women and children — spend as much as one-third of their day walking to get water. In times of extreme drought, citizens can be forced to walk more than nine miles in search of fresh water.

Several non-governmental organizations in Kenya and abroad are currently working hard to end this trend and create innovations to combat water insecurity in Kenya.

The Africa Sand Dam Foundation, along with several other organizations, have begun partnering with communities to build rock catchment systems that can be used as effective rainwater harvesting systems during Kenya’s wet seasons.

The system uses naturally occurring rock outcroppings to divert the rainwater into a large collection tank where it can be saved and stored for later use. Using the new system allows villages to collect upwards of 90% of the total rainwater in the area and because it uses no chemicals or fuels, the system has very little environmental impact.

Experts who’ve developed the infrastructure work closely with local villagers to teach them how to build and maintain the system. Each village also has the opportunity to form a committee to oversee the construction and maintenance of the system, ensuring that it will be used properly and continue to be efficient long after the experts have left.

This new method has the potential to dramatically change the situation of water insecurity in Kenya since a consistent, reliable water source will allow citizens to be more productive and focus their energy on other areas instead of spending much of their day searching for water. Many schools have already seen benefits and many no longer have to ration water during lengthy dry seasons.

Since the rainwater is run through a filter embedded within the system, the number of waterborne diseases has also been dramatically reduced and places that have begun to use the system have already seen improvements to overall health.

Water insecurity in Kenya isn’t the only thing being improved by these new innovations either. The village committees that oversee the systems are also able to sell some of the excess water that is collected that they can then use to invest in other projects.

One village, for example, earned $160 from selling water that they used to purchase ten goats for the community. The goats can then generate their own income that results in a multiplying effect within the community. The end result is a drastic improvement to the overall health and welfare of the community and an avenue through which these communities can lift themselves out of poverty.

Water insecurity in Kenya is a significant, ongoing problem that for years has hindered growth in the country and left Kenya’s citizens at the mercy of the weather with few resources to combat their situation.

New rainwater harvesting systems currently being developed have the potential to reverse this problem and provide the people of Kenya with the help they need to make the necessary push towards development. The hope is that in time the entire country will have consistent access to clean water and the ability to thrive without development assistance.