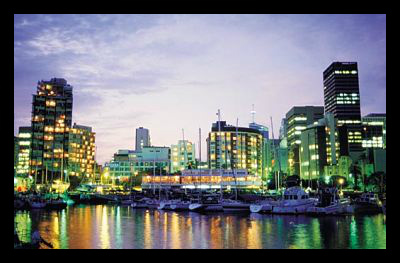 This past May, the International Monetary Fund met with Governors and Finance Ministers of Sub-Saharan African nations to assess progress in the region over the last two decades and anticipate challenges for future growth.

Sub-Saharan Africa is considered one of the fastest growing regions on Earth. Last year,  after a recalculation of its gross domestic product, Nigeria surpassed South Africa as the largest economy on the continent, and placed it on par with the economies of Poland and Belgium as the 24th largest economy in the world.

Many countries in the region have benefited from strong economic performance, stronger institutions and higher investment in human and physical capital. However, job creation is low and there are large infrastructure gaps.

Leaders at the Africa Rising meeting in Maputo, Mozambique discussed ways to solve these issues and ensure that the growth the continent has seen in the past continues into the future. Policies will focus on job creation and diversification, and on correcting the income inequality that accompanied recent economic progress.

Those who attended the Maputo Joint Declaration also agreed on the need for a two-part system of transformation. The first of these is the creation of a strong private sector to create jobs; the second is investment in infrastructure with a focus on transportation and energy.

It is estimated that $90 billion a year is needed to close the current infrastructure gap across the continent.

“Sub-Saharan Africa will need to redouble efforts to harness the opportunities offered by its abundant natural resources and ensure that their fruits are equitably shared,” said Christine Lagarde, the International Monetary Fund’s managing director.

Despite recent growth, conflict still plagues sub-Saharan Africa, preventing further progress. The activities of Boko Haram in Nigeria, the crisis in South Sudan and a possible recession in South Africa all threaten years of development.

To maintain developmental progress, attendees of the summit agreed that economic policies should be flexible and tailored to each country, especially in the face of conflict. Leaders also expressed appreciation for the assistance of the International Monetary Fund and hoped for continued support in times of need.

The growth of African nations in recent years has allowed them to tap into the sovereign debt market for the first time.

Lagarde said national leaders must be warned of the dangers of racking up too much debt. The International Monetary Fund predicts that debt for sub-Saharan African countries will hide 35 percent of GDP in 2014.

“That is additional financing, but that is an additional vulnerability,” Lagarde said.

It appears that Africa is indeed rising, and if it can withstand internal challenges and global shocks as it continues to grow, the world may also see a reduction in the extreme poverty situation that affects so many of its citizens.