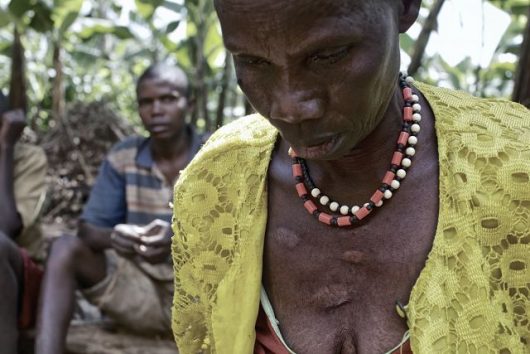 Rwanda has made great strides in combating poverty. The country boasts one of the fastest growing economies in Central Africa, with an average GDP growth of 8 percent per year between 2001 and 2014. However, 60 percent of the population still lives in extreme poverty — on less than $1.25 a day — as just one of the negative effects of the Rwandan genocide.

GDP per capita would most likely be about 25 to 30 percent higher if the 100-day civil war and genocide had not occurred from April to July of 1994. More than 800,000 civilians were killed, and current Rwandans still experience the negative effects of the Rwandan genocide via the country’s collective poverty and mental health statuses of individuals today.

What was the Rwandan Genocide?

The Rwandan genocide resulted from centuries of conflict between two ethnic groups in Rwanda — the Hutu and the Tutsi peoples. Hutu extremists systematically murdered Tutsi and moderate Hutu and targeted politicians in particular so as to form a political vacuum and an interim, extremist government.

Only extreme violence and brutality could lead to the murder of so many in only 100 days. Beyond murder, another tactic used to traumatize victims was the deliberate infection of many Tutsi women with HIV/AIDS through rape. These devastating methods are why Lauren Suitt so strongly believes in “raising up the local counselors to help alleviate the trauma that still exists from the genocide.”

Lauren Suitt is a recent University of North Carolina Asheville graduate who traveled to Rwanda this May for three weeks as part of her internship with Africa Healing Exchange (AHE). The AHE is an Asheville-based non-profit with the mission of helping people overcome trauma associated with the Rwandan genocide.

Sara Stender founded AHE after being transformed by her experiences with Rwandans in 2009. The nonprofit uses its own Restoring Resiliency Program to assist individuals and groups in both the U.S. and Rwanda in their attempts to overcome trauma by particularly focusing on Rwandan mothers and children.

Suitt emphasizes forming connections as an integral part of the nonprofit’s work, telling The Borgen Project: “It is AHE’s goal to help facilitate the growth of mutually beneficial relationships/ skills exchange between people in Rwanda and the United States.”

Scars of the Rwandan Genocide

The work Suitt did in her internship highlights the way AHE attempts to address two different negative effects of the Rwandan genocide. She focused her three weeks in the country on training local Rwandans as part of a workshop for local trauma counselors in Kigali and delivering business development workshops for women’s cooperatives in the rural districts of Rubavo and Rulindo.

She advocates that of the negative effects of the Rwandan genocide, trauma should be addressed first. Suitt says, “Since the genocide occurred in 1994, only 24 years ago, the majority Rwandans were directly affected. It was very eye-opening for me to realize that this occurred only a year before I was born and that most people only a year older than I am witnessed this tragedy first hand (I was born in 1995).”

The resilient Rwandans that Suitt met during her three-week stay deepened her awareness of the negative effects of the Rwandan genocide. She explained that she was overwhelmed by the people that referred to themselves as an “orphan” or “orphan of the genocide” because so many Rwandans lost close family members.

One day at her hotel, she met Emmanuel — a man who was eight years old during the genocide. He lost every immediate family member, and only survived because he was out playing in a banana field and was able to hide when extremists attacked his family.

She also met John, whose family remains intact because they fled Rwanda to the neighboring Democratic Republic of the Congo (DRC) when the genocide began. John’s story highlights another type of trauma that resulted from the genocide — that plights of a refugee and a returnee. As many as two million Rwandans fled during or after the genocide, mostly to the country now called the DRC, and the majority returned in 1996 or 1997. Fleeing for their lives and reintegrating to a ravaged country also created deep, emotional wounds.

Trauma, Healing and Beyond

However, Suitt does not believe the work needed in our post-Rwandan genocide world stops at addressing trauma. She believes that combating multiple negative effects of the Rwandan genocide at the same time is possible and beneficial. Teaching handicraft skills like sewing and putting quality goods in a global market to generate a fair wage will go far to alleviate poverty in Rwanda. In fact, Suitt believes that “lack of resources is the main cause of poverty in Rwanda and around the world.”

Foreign aid has been significant to Rwanda following the genocide, as 30 to 40 percent of government revenue comes from aid. Hopefully, this money and continued efforts like those of AHE will establish American markets for Rwandan goods and allow Rwanda’s economy to continue recovering. Such development would help the majority of the population currently living in extreme poverty, and pave the way to recovery.